Read Chapter One of MATERIAL WITNESS by L.A. Mondello #IRInk

It's been two weeks since the release of MATERIAL WITNESS, my Romantic Thriller under my pen name L.A. Mondello.  I couldn't be happier with the response from readers.  If you haven't had a chance to check out MATERIAL WITNESS at Barnes and Noble, here is a special treat.  I'm posting all of Chapter One here for your review.  Enjoy! 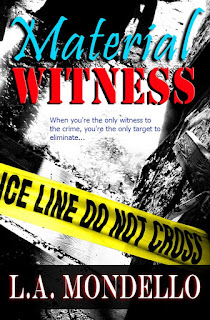 MATERIAL WITNESS is currently only Available at Barnes and Noble for Nook First in an ePub file until July 10, where it will be available in all outlets. ePub files can be used on the Nook, Kobo, iPod, iPad and any other device that can side load an ePub file or can load the Nook App. If you have any questions, email me at LisaMondello@aol.com! 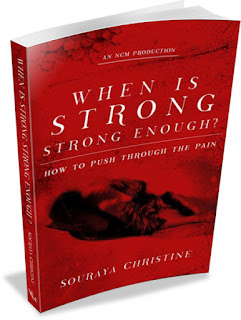 Synopsis:
When is Strong – Strong Enough gives a riveting account of the life events of author, Souraya Christine. Although Souraya is not a celebrity of any sort, her mission, with this book, is to provide an avenue of self-help for any female who may be struggling with molestation, abuse, lies, promiscuity, alienation, death, teen pregnancy, domestic violence, or any other traumatic situation. Souraya’s family was what we call a “sweep it under the rug” kind of people. No one really discussed issues, which caused Souraya to “deal” with her experiences the best way she knew how – on her own. It wasn’t until adulthood that she sought counseling, however, each time she left with the feeling that her level of knowledge surpassed that of the therapist who intended to help her. As a result, she was left feeling unsatisfied and un-rescued. This book details Souraya’s bad decisions, wild ways, and subsequent recklessness as she learned to cope with her tragedies, process pain, and ultimately forgive and love herself. She is still a work in progress, but as a recently baptized Christian, she is slowly learning to trust againand to extend her new-found love to others. This is a gripping true story that will have you on an emotional rollercoaster from beginning to end!
Excerpt:
These girls had it in for me. Every day, the chase was on. It had gotten to a point that I no longer wanted to go outside to play. Stepping outside would make me instantly nauseous. Pretty soon, the twins had enlisted the assistance of other girls on the street to torture me. I remember being surrounded by a fairly large circle of girls, shoving me back and forth, pulling my hair, hitting me. I was terrified. I wasn’t a fighter. I had absolutely no intentions of fighting, not even to defend myself. Where were the parents of these children? For that matter, where were my parents? I mean, we’re right outside of our homes and no one recognizes this commotion? Do they assume that we’re all just playing? This was ridiculous, and getting completely out of control.
“Stop crying”, my mom would say. “You don’t let anyone bully you. If you can’t stand up and fight, then I’ll beat your ass when you come in this house.” Wow! I guess that’s one way to build character. Or begin the cycle of insanity.