Please welcome author Cathleen Ross! She's here to talk about her new release, LOVE LUST and LIES. So, be sure and check out the blurb and excerpt below.

Cathleen is giving away a copy of LOVE LUST and LIES to one lucky winner and the prize of a $10.00 gift card to either Amazon or through PayPal! All you have to do to enter is Tweet or FB this interview, then show her the link in the comments section below. She'll choose the winner in two days time. 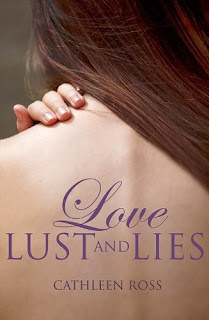 Family, friends, culture, and expectation clash in this heart-wrenching story of a broken marriage — and the battle to repair it.
Gabriella Vitadini thought she had the perfect marriage until her husband Tony stopped wanting her, and started wanting other women instead. Throwing him out of the house was the only thing she could do — how does she throw him out of her heart?

When a much younger man reminds her that she is still a desirable woman, Gabriella reminds herself that turnabout is fair play. But even a naughty fling can't eject Tony from her thoughts. What happened to their happy marriage? Why did Tony turn away from her? And is there any hope that they can find true love again?

Find LOVE LUST and LIES on Amazon and Escape Publishing.


Excerpt from LOVE LUST and LIES:

‘I'm sorry for what I've done, Gabby,’ he said, his voice sounding as if it had run across gravel. ‘This isn't like you.’
‘What do you mean?’ I asked suspiciously. What kind of an apology was that?
‘I've forced you into the arms of another man.’
‘It isn't always about you.’ Damn, Tony. Apologising then spoiling it by making it about himself. ‘I'm enjoying Dave's company. He's very attentive. He seems to adore me and I've never had that before.’
My words were a slap to his face. He swallowed. His Adam's apple going up and down. ‘Do you care about him?’
I stared into his soft brown eyes. ‘It's new.’ I didn't want to give details. This was my private life now and I had to set boundaries, which was difficult because I'd never done it before.
He looked at Cami for a moment before turning back to me. ‘I've hurt you.’
Understatement of the year. Oh my inner bitch was dying to rear her head, but we had Cami and I was going to borrow from my civilised Aussie divorced girlfriends and try to still my tongue.
He stopped and swallowed. ‘It wasn't because I wanted to.’
‘Just say it. You don't find me attractive any more. I don't have a young girl's figure like I did when we met.’ In a perverse sort of way, I wanted to hear him say the words, to cauterise any feelings I had left for him.
‘You're beautiful. A gorgeous woman. So sexy. I don't want to lose you. I can't. You and Cami are my whole life.’
It was on my lips to say something trite, like you should have thought of that before, but the sheer, sharp pain he wore on his face stilled my tongue. ‘I'm glad to hear you apologise. It helps a little, but it still doesn't change anything.’
‘Gabby, you're my wife.’
‘It takes a year to get a divorce, then I won't be.’ I was harsh, but facts were the only medium I could deal in at the moment; emotion was just too hard. Underneath my raw pain I still loved this man, but I didn't want to. We had been through so much together and that had made a bond that wouldn't break.
‘I love you.’
I stood. I couldn't bear the agony in his voice. ‘I think you love me but your kind of love isn't enough. Without sex, we're friends and that isn't right for me. Not in a marriage.’ I strode off before he could answer. 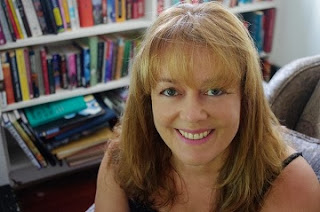