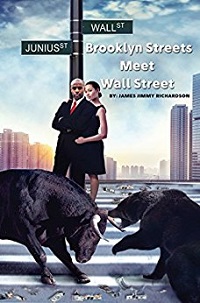 Coming from a ruff section of Brooklyn, New York, a young man climbs the ladder to success and falls in love. His happiness, however, can’t last forever, and an important friendship puts his future in jeopardy.

Josh Robinson was drifting through life. When he thinks about the man he wants to be in the future, the only thing he is certain of is that he wants to wear a suit. To Josh, a suit means respect. When people saw his father in a suit, they would go out of their way to call him Mister.

For his future, Josh picks one of the professions where wearing a suit is mandatory: securities trading. The second he sets foot on Wall Street, he knows he made a great decision.

His future looks even brighter when he meets the lovely Lisa. She is gorgeous and intelligent, but their relationship leads to a complicated and messy love triangle that will have severe repercussions for all of them.

In this novel of sweet romance and high finance, Josh is forced to make a difficult decision about his priorities and his future. Can he really have the dream job and the dream girl?

It had been two years since fulfilling my military obligation. I was working as a security guard at a college and happened to befriend a finance professor there. Professor Dean was around twenty years my senior, but we related to one another as if we were the same age. One morning after my night shift ended, I stopped by his office to chat. To my surprise he asked where I saw myself in five years. I sat there in shock for what seemed like an eternity. We’d never spoken on such a deep level before. He cut off my thoughts and said “if it takes you this long to answer, you have a problem.” He was right. Although I wanted to be a “somebody” in life, I had no direction. No idea of what I wanted to be and no idea of how to obtain that life.

So I told Professor Dean that I honestly didn’t know what I wanted to do, but I knew that I wanted to wear suits. My father was a singer in a gospel group, and when he would return home from a singing engagement, everyone would greet him as Mr. Perry. When he wasn’t performing, he worked as a custodian at a hospital. In his work clothes they would simply say hey or hi Perry. At a young age I realized that it was the suits he wore for his performances that made people address him differently. He was treated with respect, and I liked that.

The professor said well that’s a start and joked that I would probably have gone through multiple security uniforms by the time I wore a suit there at work.

We sat and chatted for a little while longer before I left so he could prepare for his first class of the day. On the train ride home I thought about my conversation with the professor as well as what the future held for me. I knew that I didn’t want to work security for the rest of my life. Not that there was anything wrong with it, but I had way bigger financial dreams than what they would pay me at that school or any other security guard company. The pay for guarding the country’s president and guarding the student body president of some school were of two different pay scales. 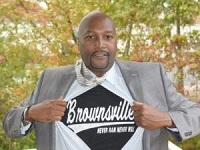 James Jimmy Richardson understands what it is to be a person of color working in the financial services industry. He was born in the Van Dyke Houses in Brooklyn, New York, and spent twenty years in financial services. He has worked as a securities trader, a financial advisor, an account manager for a trading software company, and a compliance officer.