Read Chapter One of SWEET HOME MONTANA by Lisa Mondello

Read Chapter One of SWEET HOME MONTANA, book 2 of the SWEET MONTANA series by Lisa Mondello 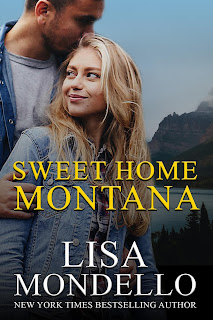 Dumped by a cheating husband, Katie Dobbs' life had gone off the rails and she is now back to square one, living in her parents' home in Sweet, Montana and working a job she hates. She refuses to stay in a dark and empty house as a constant reminder of her mistakes. So she did the only thing that made sense. She breaks into an old dilapidated chapel to figure out her next move, and is nearly arrested by Caleb Samuel, her brother's high school friend who is now a handsome police officer in town.Caleb had heard Katie was having a hard time. Sweet was a small town and everyone knew everyone else's business. Except for one thing. No one knew where his sister Julie disappeared to 10 years ago and no one had heard from her since. Katie had been good friends with Julie before they'd both left Sweet. Now Katie is back. Buying a broken down chapel to renovate as a house is nuts when you don't know the difference between each end of a hammer. And Katie didn't. But she did know Julie, and maybe she'd be able to give him some insight into where Julie had gone. Caleb offers to help Katie renovate. But one problem after another threatens the project, and leaves Katie thinking she'll never realize her dreams. Until she realizes she's falling in love with her brother's friend. Even as everything seems to be falling apart around them, can love help heal their hearts?