Hopefully Ever After by Linda Barrett 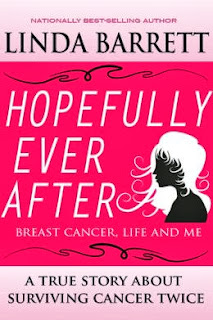 A two-time breast cancer survivor takes you behind the scenes--medically and emotionally--as she twice battles for her life. With her husband at her side, this memoir is a true love story. The cancer is not sugar-coated, but here it is merely the vehicle that exposes a marriage in full bloom. Everyone deserves a Hopefully Ever After, and that's what you'll find here. 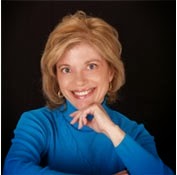 Linda started writing to entertain herself during long winters in New England. Her poems, short stories and family memoirs—all emotional fare—filled a binder and made her happy. On a lark she submitted one of her short stories to a national contest sponsored by Writers Digest magazine where it competed against almost 2000 other entries. To her great delight, the story placed in the top ten.  Now, she wanted to write a novel. She quickly learned she needed help.

She joined professional writing organizations including Romance Writers of America. Workshops, seminars, critique groups followed. She built a reference library on the craft of writing. In her own words: “I studied and worked so hard, I could have earned a Master’s in Writing by now!”

Five years later, her first book was released, followed up by a dozen more in the Harlequin Superromance series. Her books have earned many industry awards such as the Holt Medallion, Write Touch Reader’s Award, and the Award of Excellence.