Please welcome romance author Sophia Knightly! She's here to talk about her new release, Heart Melter, the second book in her sexy and suspenseful Heartthrob Series. And Sophia is giving away a digital copy of book one in the series, Heart Raider to one lucky commenter!! So, be sure and check out the blurb and excerpt below for Heart Melter and leave a comment for a chance to win! 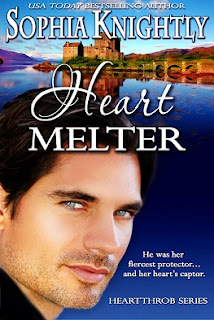 He was her fiercest protector...and her heart's captor.

Scottish surgeon, Dr. Ian MacGregor, has no desire to see his ex-fiancée again. But when the dazzling Broadway star lands in his office wounded, the healer in Ian can't turn her away.

Natasha White has no idea why anyone would knife her on a crowded street in Times Square. At first she thinks the cut on her thigh is an accident, but as frightening events unravel, she learns the mob is after an incriminating flash drive they think she has. She's grateful when Ian whisks her away to his castle in the Highlands, far from the mob.

Irresistibly drawn to her, Ian tries to deny the sexy sparks that ignite as he becomes her fierce protector. Their hot chemistry deepens into strong feelings as they dodge impending danger and he fights to keep her safe. Ian will do anything to guard Natasha, but will their love be strong enough to survive the shocking secrets revealed? 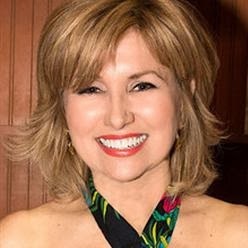 A two-time Maggie award finalist and a P&E Readers' Poll finalist, she is traditionally published by St. Martin's Press, Kensington and Samhain Publishing. Her popular Tropical Heat Series books, Wild for You and Sold on You, have consistently been on multiple Amazon bestselling lists and sold over 100,000 copies.

When not writing or reading, she loves walking the beach, exploring museums, going to the theatre, enjoying good food, and watching movies. One of her favorite pastimes remains simply watching people, especially those in love!