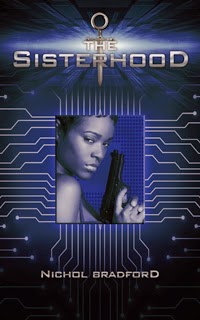 The Sisterhood tells the story of what becomes possible when intelligence and hope are channeled into an outrageous mission. Founded by Vivian Delacroix – The Sisterhood Foundation is a non-government organization funded by MSK Incorporated, a massive multinational built over decades by an organization of black women. The women invest billions into leading edge technology, pooling their profits into communities, schools, and treatment centers in the battle against Cocanol, a new and addictive drug.

The group is overwhelmingly successful until their progress is noticed by the Raptor, a ruthless enemy with pawns in the US government and ties to the Cocanol manufacturers and international power houses intent on controlling the world. As a first step in a war on the Sisterhood, Vivian is assassinated, triggering a Homeland Security investigation, a Senate inquiry, and a series of increasingly dangerous events.

To survive, the women, led by Chief Security Officer Tonia Rawlings, must fight against unseen forces. Battling across a public stage of media coverage and Wall Street, the women rush against all odds to outwit their foes – even as they execute the final stage of Vivian’s secret plan.

As their enemies draw near, the women risk everything, testing the bonds of faith, marriage and friendship. Along the way, they discover awful truths, make strange alliances and learn why they are the most dangerous women the world has ever seen. Together, they put everything on the line – testing themselves and the limitations the world tries to place on them.

Why did you write the Sisterhood?

I wrote the book I wanted to read about strong yet vulnerable and intelligent black women committed to a great and grand goal — mental freedom and empowerment for all.   I was tired of not seeing heroes that looked like me.  I wanted to see someone like me save the world, not as a side kick or agency head, but as the actual, certifiable central hero.  I wanted to read about Olivia Pope back then, and since she didn’t exist yet, I wrote my own.    I also wanted really well-developed characters who had something on their minds other than men.  So some of the characters are happily married, and some are single, but most of all their focus is not just on their men (or lack thereof) but on their friendship and common goals.  I also love technology and so wanted the women to be deeply immersed in that world.

Why are there nine leaders in the Sisterhood?

The Sisterhood is more than a book, it is also a teaching narrative.  Each of the women represents one of nine leadership traits (discipline, self-knowledge, financial stewardship, service, sacrifice, education, vision, innovation, and entrepreneurship).  In The Sisterhood, how they address challenges to their survival illustrates what is possible with collective action and individual excellence.  They present a powerful illustration of what a group of focused women can do together.

The concept came to me on a late night drive home from a success workshop I gave during college for a group of high-school girls.  That night, I had the group stand in a circle and tell each other, one at a time and by name, that they were smart, beautiful, and could have anything that they wanted and worked for.  It was a hard session, with most of the girls unable to accept the endorsement without tears.  So many of them simply could not see it, much less believe it.

As I drove home, I thought that there had to be a better way to illustrate what fulfilling one’s potential would look like – something more penetrating than quotes from self-help books and short workshop sessions.  On that drive, I decided to write The Sisterhood.  I conceived of an organization of women, who faced a series of challenges.   Addressing those challenges would allow me to “show” versus “tell” how an individual can be successful. I went home and jotted the basic plot down which today is more or less the same.

How can I use the Sisterhood to make a Life Action Plan?

The book can be read just for entertainment, or it can be read as a skills blueprint.  Each of the characters is informed by several major skills and personality testing programs, like the Meyers-Briggs test and the Leadership Women’s EQ.   There’s a workbook that allows the reader to assess her own skills as she reads the book and then make an action plan to fill in the areas where she’d like to excel.

Are the 9 women based on real people you know?

The nine leaders are based on ALL the women I know – from the amazing women I grew up around, to those I pledged AKA with in 1990, to the women I met at in the African-American MBA Association at business school, to all the women I’ve met along the way .  One of the things I love about this book is that it represents the full diaspora – every size, shape, and hue of black women.  The women come from all backgrounds, educations, and geographies but they share a common bond through their desire to positively impact their world.  So, who is a woman of the Sisterhood?  If you are reading this interview then she might just be you.  Or maybe she’s the woman who works next to you. From businesswomen to teachers to any profession, any smart and talented woman you admire could be a secret member of The Sisterhood.  That’s part of the fun of the book too – wondering about the women in your life to guess who might be in The Sisterhood already – because maybe it isn’t just a book.

I’ve heard allot about encouraging Black women to join STEM fields and learn how to code.  Did you hope that the Sisterhood would help that cause?

The Sisterhood makes its initial wealth from very well placed investments in technology companies.  They use that to buy into established but declining industries that they innovate and to set up their own labs to create the technology of the next generation.  Being tech-aware and tech-savvy is at the core of their success.  I do hope that young women read The Sisterhood and become more interested in technology because they see the power that it can have to create possibilities and wealth.

Did you write yourself into the Sisterhood?  Which character are you?

There’s a part of me in every character.  But the visionary of the Sisterhood is Vivian Delacroix who is based on my mother Vivian Jones Bradford.  My mother was a visionary and entrepreneur.  She was completely committed to helping women and supporting the efforts of black women in particular.  She believed most in defending the defenseless and used her legal education to do so.   I started volunteering by her side when I was a child and she made sure that my values included service to the betterment of society.

Why should I tell my friends about the Sisterhood?

You should tell your friends that you’ve found this great book where the black women save the world.  Then tell them that there’s a character in it that reminds you of them – because that will happen while you read it – you will see yourself and all of your closest friends.  Then challenge them to read it in the next 30 days so you can talk about it and make your action plans together to fulfill your absolute potential and make all your hopes and dreams possible. 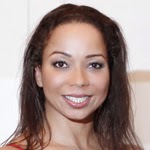 Nichol Bradford, CEO/Founder, Willow. Nichol Bradford is fascinated by human potential, and has always been interested in how technology can help individuals expand beyond their perceived mental limits to develop and transform themselves to the highest level. She spent the last decade exploring these ideas in the online game industry, serving as a senior executive with responsibility for strategy, operations and marketing for major brands that include: Activision/Blizzard, Disney, and Vivendi.

Most recently she managed the operations of Blizzard properties, including World of Warcraft, in China. Now, as the CEO of the Willow Group, Nichol is applying same skills to the realm of elevating psychological well-being. Willow is a transformative technology company focused on employing rigorous scientific research to develop training protocols, hardware and software that can produce a reliable and positive change in the human experience.

Nichol has an MBA from Wharton School of Business in Strategy, and a BBA in Marketing from the University of Houston. She is a fellow of the British American Project, currently serves on the board of the Brandon Marshall Foundation for Mental Health, and is a former term member of the Council on Foreign Relations. She is the author of The Sisterhood, and an amatuer boxer.