Please join me in welcoming author A.L. Smith to Conversations today! Angela is here to talk about her new release, Behind Closed Doors! So, check out the cover and blurb below. And don't forget to check out her interview too, and get to know A.L. Smith! 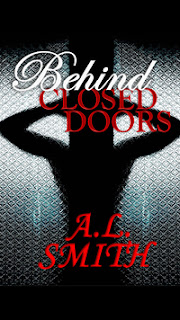 Behind Closed Doors
"The strongest among us are the ones who cry behind closed doors, have the ability to smile through silent pain, and fight battles that are obscured by shame.”

For Sierra, Alex and Latrice, the innocence of childhood was lost at an early age. The three cousins transition into womanhood carrying a secret that would influence their lives and threaten to destroy their family. Choosing significantly different paths as they struggle to deal with the psychological effects of abuse, the three are eventually driven apart. Through a series of unlikely circumstances, the heroine of the story, Alex, reconnects with Sierra and Latrice. The meeting would ultimately set the stage for atonement.

1. What was the inspiration for your first novel?

Some years ago, I attended a book club meeting in Atlanta Georgia, where I was surrounded by a group of extremely intelligent and successful women. Ten women were present and nine of them shared personal stories of childhood abuse. Surprisingly, a majority of the women were sharing their stories for the first time. Fear and shame were the common denominators which led these women to suffer in silence. This would become the primary inspiration for writing my first book.

2. What process did you use for character selection?

The characters are largely a product of my imagination but they were created specifically for the purpose of demonstrating some of the potential effects of childhood abuse, which include drug and alcohol addiction, low self-esteem/promiscuity and relationship dysfunction.

3. Is there a particular character that you identify with the most?

Alex, hands down. I found myself channeling many of my personal ideas and emotions concerning dysfunctional  relationships through her character.

4. The urban fiction genre is an extremely competitive market and seems to be growing by leaps and bounds. What are your thoughts concerning the future of the industry?

Competition is essential for growth in any industry. The urban fiction industry is overflowing with an abundance of talented authors and avid readers. I believe the urban fiction market has the potential to sustain itself.

5. What are the keys to success for urban fiction authors?

Capturing and maintaining your audience is most important. I'm still new to the author side of the industry and still trying to build my brand. However, I listen to the readers. Currently, the most critical commentary is related to the issue of repetitive story lines and a perceived lapse in the overall quality of finished products. The urban fiction genre is extremely unique because it embraces a particular set of characteristics, issues and circumstances that are consistent with urban life. Therefore, it stands to reason, these stories will be repeated time and time again. In light of this reality, an author's ability to recreate these stories in a unique fashion with attention to detail and quality will ultimately determine individual progression and long term success within the industry.

6. What is the primary message for the Behind Closed Doors Series?

According to recent statistics, one in five girls and one in twenty boys are subject to some form of childhood abuse. Sexual abuse is often hard to identify due to the lack of physical wounds and the veil of secrecy which further obscures the crime. Without a doubt, my primary goal is to increase awareness concerning this issue and provide victims with a platform for healing.

What are your future plans as an author?

Behind Closed Doors 2: Redemption is scheduled for release in the coming weeks and I'm currently working on my third project which is a stand-alone urban fiction/medical thriller. The production of my trailer for Behind Closed Door 2 was an extremely exhilarating experience for me. I'm currently exploring some ideas concerning the production of "movie-like" trailers for other authors. 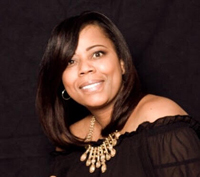 Dr. A.L. Smith read her first full-length novel (The Boxcar Children, by Gertrude Chandler Warner) in the third grade and it spawned her passion for reading. According to Dr. Smith, the hallmark of a great story is the resounding presence of a character that transcends the final pages of the book.

Dr. Smith is a native of Frierson, La. She attended Grambling State University on a basketball scholarship and later joined the school's Army ROTC program. Upon graduation in 1996, she became the university's first Army ROTC cadet to receive a commission in the Army Nurse Corps. She's a practicing Certified Registered Nurse Anesthetist with a Doctorate of Nurse Anesthesia Practice degree from Texas Wesleyan University. Her research study ("Evidence-Based Selection of Sedation Agents for Patients Undergoing Endoscopic Retrograde Cholangiopancreatography") was selected for publication in the 2016 edition of the Journal of Gastroenterology Nursing issue 39 volume 2.

In 2010, she participated in humanitarian relief efforts during the devastating earthquake in Haiti and provided anesthesia services to a countless number of victims, many of whom were children. This experience would have a profound impact on her views concerning socioeconomic disparities here in the U.S. and countries abroad. She's a member of Alpha Kappa Alpha Sorority, Inc. and takes seriously the organization's motto "Service to all Mankind". "In as much as you've done to the least of the..." is her personal motto.