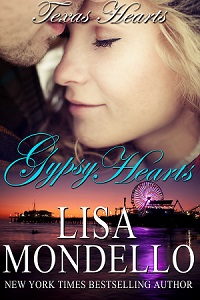 After years of recording commercials, Josie Tibbs longs to get back into the music industry. But the sound recording engineer had traveled that road once before and crawled back home with a broken heart. Wary of any man in the music business, she longs for a steady man and a great recording career.

Brock Gentry lived for the music and so became an extraordinarily talented country singer. On the fringes of success, he's ready to take his chance and go on the road to Nashville. But he and the recording company clash over his image among other things.

Hoping to find the right sound mixer he seeks out Josie Tibbs after hearing of her work with another country singer who's hit the big time. Although she wants nothing to do with him romantically, he wins her over professionally and she decides to come on the road with his band.
Together they blaze a trail to Nashville, her cat in tow, in the close quarters of life on the bus with the rest of the band. Despite the obstacles of life on the road, Brock and Josie find they can't keep their feelings from each other. But Josie's been through this before and knows the dogs of the music industry can bite hard. As they make it closer to Nashville, she fears a chance at success could spell the end of their love.