Please join me in welcoming bestselling, multi-published romance author Marie Higgins to Conversations today! Marie is here to talk about volume one in her new series Your Every Day Hero Series, Prince Charming is a Liar. So be sure and check out the cover, blurb and excerpt below! And don't forget to check out her bio too and get to know Marie Hunter.

Let me tell you a little about myself. I have been writing clean romances for about twenty years, but I’ve only been published since 2010. My favorite genre is historical romance, however, a close second is mystery suspense. Because of that, I’ve added a little mystery to most of my stories—and a touch of humor—which for me, makes this a perfect read because it has a little of everything.

About two months ago, I took a little break from my writing and decided to watch some Netflix. I found a cool series—Beauty & the Beast. I was hoping it would give me inspiration to write more of fairy tale romances. Well, this TV series definitely inspired me, but not to write fairy tales. Instead, my muse slipped on her red tights and cape and decided to be a super hero (in a way). Not only were my fingers flying across the keyboard (faster than a speeding bullet), but my muse was having so much fun with these characters.

In the TV series I was watching, there was a line from one of the episodes that made me laugh, and then my head filled with ideas for a new series. Book #1 is “Prince Charming is a Liar”. Book #2 is, “A Funny Thing Happened on the Way to the Altar”. And Book #3 is, “Love Me, Leave Me…Just Don’t Shoot Me.” My modern-day, romantic suspense series is called “Your Every Day Hero”, and all books are based around a precinct in Seattle, Washington, and the one case they just can’t solve.

I have broken personal writing records already. I finished “Prince Charming is a Liar” in seventeen days, and I finished “A Funny Thing Happened on the Way to the Altar” in fifteen days. How many days will it take to finish book #3, “Love Me, Leave Me…Just Don’t Shoot Me”?

If you enjoy reading crime stories with a lot of action and suspense—and of course, romance—then you are going to love my new series. 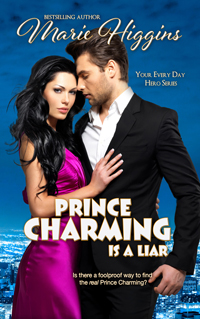 When Detective Brittany Russell goes undercover to expose a murderer, she had no idea what she was getting herself into—especially after meeting wealthy businessman, Austin Reeder…who happens to be a suspect. He is hiding something, and Brittany is determined to bring him down. Unfortunately, to catch the killer, she might have to break a few rules. The longer she talks with the charmer of women, the more she’s drawn to the gorgeous man. Thankfully, her partner, Kurt Hamill, is the one who has always kept her out of trouble. Loving him comes easy. But now she’s stuck in the middle of a love-triangle. Too bad she doesn’t know which Prince Charming is telling her the truth.


A bead of moisture trickled down Brittany Russell’s neck. Good grief! Why did it feel overly warm in here? It was early summer, so unless he was trying to cook food on his counter top, the temperature shouldn’t be this hot. Either that, or she’d found a hidden trap door into Satan’s lair.

She clutched her G42 and walked into the room further. The wealthy businessman had a glass case liquor bar, a large dining area, and living room. The three bookcases filled from edge to edge. It would seem he didn’t have a social life, and probably stayed at home reading. She’d had almost this many books when she was in college, and of course, she really didn’t have a social life, either.

She took another step, heading toward the hallway, but before reaching it, the floor creaked. She jerked to a stop and listened closer.

The door to one of the rooms opened, and out walked a man. He was tall, built like a quarterback, and wore a black bathrobe that reached his knees. His wet hair was slicked back on his head, and his face appeared freshly shaven. His attention was on his Ipod as he scrolled through it. In his ears were earphones with a cord attached to the electronic device.

Inwardly, she groaned. No wonder he hadn’t heard her calling out, announcing herself! A good detective checks every room, Russell. But in her defense, she was about to when he walked out.

Panic hammered away in her chest, bringing a momentary shut-down to her brain…and her lungs, because at this moment as she stared at his bathrobe and the muscular bare legs, she couldn’t breathe. Her worst nightmare—for today, anyway—had come true. She’d been caught in the suspect’s apartment looking like a girl going to her first prom, and holding a G42, no less! What kind of bad horror flick was this?

The rhythm of her heart was as fast as a speeding train, and she knew it would derail and crash at any moment. If that happened, she’d be standing in the middle of his room, looking like a complete idiot in a fancy dress, with a gun.

What would Austin Reeder think when he saw her? Although she could imagine plenty, it worried her that she didn’t look like a police detective. Naturally, he’d think someone was here to end his life. She definitely didn’t want him thinking that.

Without another thought, she pushed the glock back in her beaded purse. Just then, the man raised his head and saw her. He stopped. His mouth hung open as his gaze moved over her. It didn’t bother her the way he scanned up and down her body like some kind of hungry coyote, but what concerned her was the way her mouth dried so quickly and cotton had taken up residence in her throat. This man was absolutely the most handsome man she’d ever laid eyes on—and she’d seen many in her twenty-five years.

She forced herself to breathe—in through the nose, out of the mouth—before the oxygen stopped transporting to her brain. This handsome man made it impossible to concentrate. From his wet, short dark hair, to the cotton robe wrapped around his muscular frame, giving her a peep-show of his bare legs and thighs, was it any wonder her mind was so mixed up?

Willing the words to come to her mind, she struggled with an excuse of what to tell him. Standing before him without her glock, made her feel naked…and of course, brain dead. She certainly wasn’t being professional now. The captain is going to ask for my badge and gun!

Mr. Reeder’s narrowed gaze stayed on her as he walked toward her. When he finally stopped in front of her, the suspicious glint to his eyes had disappeared. A sexy, crooked grin touched his mouth.

Sexy? She tried to shake the image out of her head. He was a murder suspect! Thinking of him this way was against the rules, and she kept the rule book in her head at all times.

Love Me, Leave Me
Your Every Day Hero Volume 3 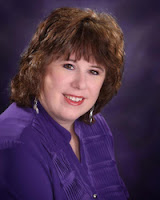 Marie Higgins is a bestselling, multi-published author of romance; from refined bad-boy heroes who make your heart melt to the feisty heroines who somehow manage to love them regardless of their faults. Visit her website / blog to discover more about her – http://mariehiggins84302.blogspot.com