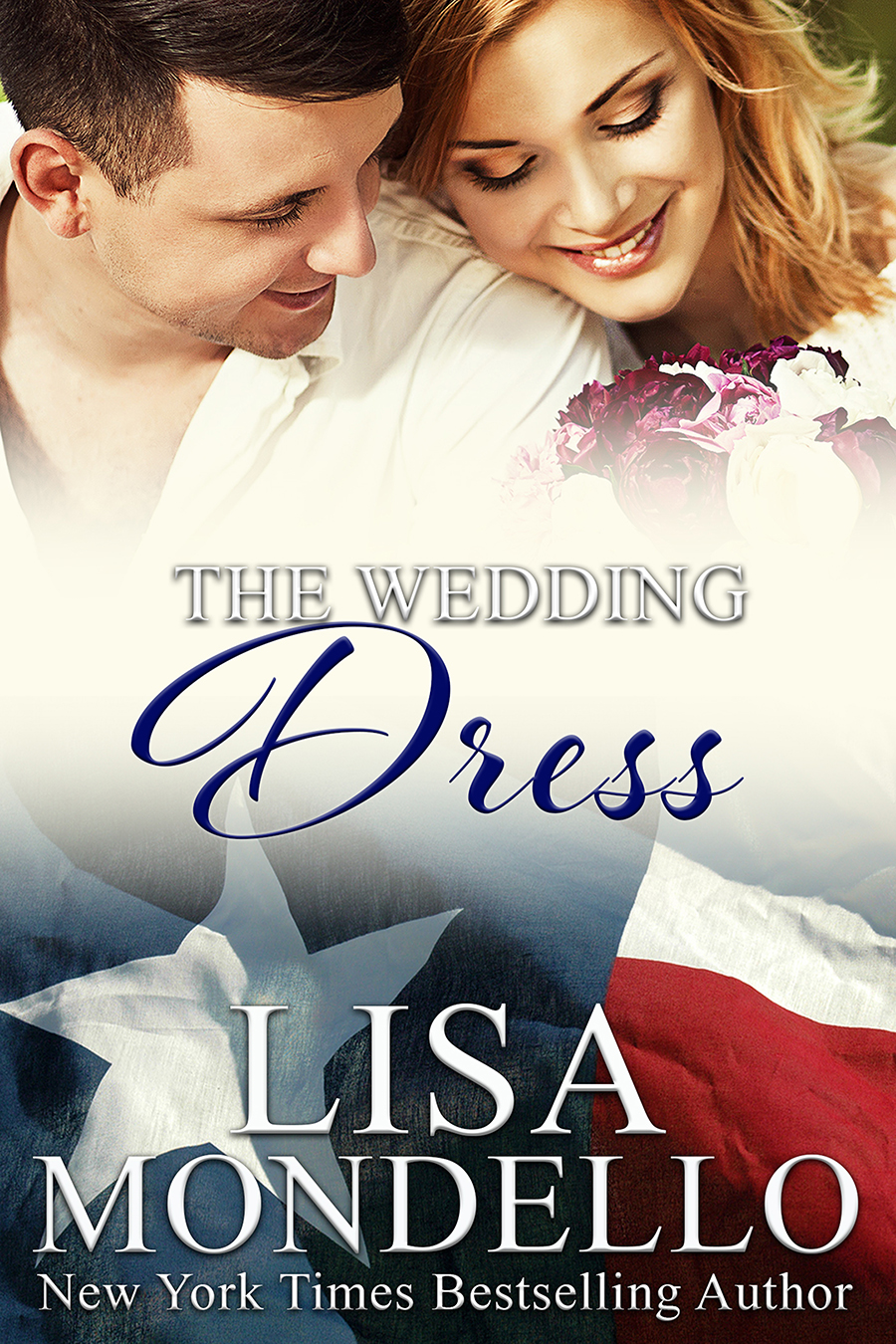 Eight years ago, Hannah Ward thought she’d found the perfect wedding dress to wear when she and her childhood sweetheart, Dane Bancroft, decided to elope right after graduation. But instead of walking down the aisle like she dreamed of, she was not only outbid on the wedding dress at the auction by an old billionaire who didn’t need the wedding dress like she did, but she never ended up getting married. Needing to escape Dane after the break-up, she enlisted in the military and left Liberty, Texas behind. But now she’s back, and not only does she have to face Dane, the deputy sheriff in town, but she’s just been willed the very wedding dress that was supposed to be the beginning of her and Dane’s happy life together. Can they both get a second chance so she can finally wear the wedding dress of her dreams and marry the only man she’s ever really loved?

It was just a box with fabric inside.

Hannah gazed at the white box that had come with the letter with longing for time that has long since passed her by. Although she’d stared at the dress in the auction catalogue for hours before deciding to drive to San Antonio more than ten years ago, she’d only seen that wedding dress up close for just a few minutes before it had been snatched away from her by the higher bidder.

She was a smart women. She didn’t need the dress. Or the memories that were now tumbling through her mind. Good and bad, they were all there together. The wedding dress had been the start of it all. And the end.

Sighing, she got up from the bed and walked over to the box that sat like a tangled blanket at the foot of the bed after a rough night of sleep. The wide white organza ribbon was tied tightly around the box to keep it secure and then knotted into a pretty bow on top. With a quick tug of the organza, the ribbon untied and fell to each side of the box.

Her heart pounded as her fingers felt for the edges of the box. She didn’t want to see the dress. Not really. Why was she doing this? She should just put it in her car and drive right over to the consignment shop in the next town and let someone else buy the dress for their wedding. Get rid of it. Get rid of the memory.

She lifted the top of the box off and placed it carefully on the bed next to the box. Pink and white tissue paper covered the contents, keeping her from seeing inside.

“Ugh. For a soldier who has spent the last eight years in combat boots and fatigues, you’re being a wimp, Hannah.”

She reached for the tissue paper, then quickly stopped and looked at her hands, turning them over. Most days her hands were covered with grease and oil from working on a plane engine. Today her hands were clean. Even her fingernails showed the white half-moon nails that were clean.

Hannah held her breath as she pushed aside the tissue paper and had her first glimpse of the dress. A lump lodged in her throat as she thought of the day of the auction nearly ten years ago. This was supposed to be her wedding dress. If she’d married Dane back then, she would have worn this dress. Who knew what their lives would be like now? Maybe they’d have a house and a few kids. That had been her dream.

Taking a deep breath, she slipped out of her T-shirt, then unbuttoned her cut off shorts and let them drop to the floor. She carefully lifted the sleeveless dress out of the box, holding it by the shoulders and letting the fabric drop to the floor. There were a million buttons in the back and she knew she’d have a hard time fastening them all. But she had to see what she looked like in the dress.

It had haunted her all these years. Deep down, she hope when she put it on, she’d hate it. It would look ugly on her or wouldn’t fit right in the boobs. Or it would make her hips look as wide as Texas. She look at herself and hate it so much that what happened with Dane when she’d left Liberty would finally fade into the back of her mind and she could move on.

It took a while, but when the last button was fastened, she walked across the room to the mirror and looked at her reflection.

“This never would have fit me like this ten years ago,” Hannah said, staring at herself in the standing mirror. But now, it fit perfect. It was as if she needed to grow out of the young girl’s body and become the woman she was now in order for it to fit.

Tears filled her eyes but she refused to let them fall. Reaching behind her to undo the first button, she muttered, “It would have been nice.”

A gust of breeze came in through the open window. Along with it, Hannah heard the sound of male voices talking. Jackson had gone out for a ride earlier with Cole. There were other ranch hands here now.

Her stomach dropped. It wasn’t just Cole or Jackson. If she lived a thousand years, Hannah would always recognize the deep timber of Dane Bancroft’s voice.

Still wearing the dress, Hannah rushed to the window and pulled back the curtain just enough to see outside. She groaned.

“You would have to show up today. Of all days,” Hannah muttered to herself as her heart pounded in her chest. She gazed down from the window to the dirt driveway below. Dane Bancroft stood next to Jackson, talking about something interesting that made them both laugh.

He was as tall as Jackson, but he wasn’t the straight up and down young man she remembered. His police uniform did little to show off the muscles she knew were under his shirt.

Just when she thought she couldn’t take anymore, Dane lifted his face up in the direction of the window. Their eyes locked for a brief moment. It took a few seconds, but then he smiled, making Hannah’s heart remember what it was like to be close to him. To have his arms around her and love her the way he used to. She actually sighed.