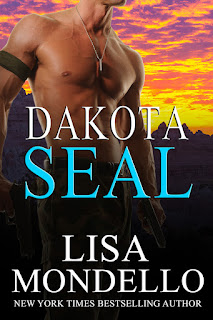 Ethan and Maddie fell in love despite tragedy that had torn them apart years ago. Maddie doesn't want another tragedy. Although she loves the strong Navy SEAL who is now a police officer, she fears that he could be taken away from her at a moment's notice. Will danger rear it's ugly head again for the McKinnons? Or will Ethan and Maddie have the happily ever after they crave?

Ethan McKinnon glanced up from his bowl of cereal and looked at his fiancée, Maddie Newton, as she looked at the paperwork she’d just pulled out of yesterday’s mail. Maddie was sitting at the kitchen table wearing a red silk robe and fuzzy black “cat” slippers with whiskers that were completely ridiculous but looked adorable on her. Her slender legs were crossed, and she bounced the top leg up and down which made it look like the cat was jumping. She was completely oblivious, but Ethan thought it was amusing.

“Well, that can’t be good. What kind of trouble are we talking about?” Ethan asked. He was only halfway through the second bowl of Corn Flakes. And he was already late getting out the door, but he put his spoon down on the table and leaned back in his chair so he could give Maddie his full attention. “Are we in trouble with the police?”

She rolled her eyes as he chuckled. “The kind that is probably going to cost us a lot of money. It’s a problem with the building permit. Something about the location we set for the house. It’s going to be yet another delay getting the house built.”

Ethan leaned across the table and grabbed the letter Maddie had been holding in her hand. He quickly scanned the notice. “This isn’t from George.”

“No, it’s the building commissioner, not the inspector.”

Ethan frowned as he read the name. “Charles Lowery from the Building Commissioners Office.”

Ethan shook his head. “A bit. He’s had a successful construction business, but he’s busy these days since he’s had the town job. I’ve been mainly dealing with George Malley on the plans. I’m guessing my dad knows him though. They need to work with the higher ups from time to time in the oil business.”

“It says something about a right-of-way through the property,” Maddie said. “Did you know anything about that?”

“We’ve owned that property for almost two years. No one said anything about a right-of-way. Nothing came up during the title search or at the closing. This looks like it might be new.”

“Can they do that? I mean, I know big companies like your family’s can pull strings to get a job done. But can they just decide to run a pipeline through someone’s property without letting them know?

“Is this something that can be fixed?” Maddie asked. The disappointment was written all over her face and most likely matched his expression, which felt as if it had fallen to the ground.