On Conversations:Excerpt for EMBRACED by #Author Darlene Jones #Giveaway


Please join me in welcoming author DARLENE JONES on Conversations!  She’s giving away a copy of her book EMBRACED to one lucky commenter.  So don’t be shy.  Leave a comment for a chance to win! 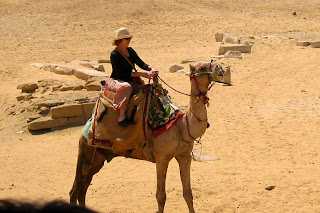 A long time ago, I lived in Mali. Every single day, I wished I could wave a magic wand to relieve the heart-wrenching poverty. The story line of my books reflects my desire to wave that wand and make the world a better place. If only wishes could come true. And of course, every novel needs its love story, so along with the sci-fi magic, I’ve added the requisite romance.

Initially, I intended to write “a” novel. The story and characters took over and the ending of the first demanded another. Two books became three and three became four.

I've always believed we can't be the only beings existing in the vastness of the universe. There must be others “out there somewhere” and I brought some of them along for the ride. The setting stays, for the most part, within the realities of our world, but I've found that I love the magic the sci-fi element of other beings can bring to the story.

When Principal, Abby Davies, shows Curtis a page of scribbles and asks him to try to figure it out, Curtis isn’t sure what to think. He likes Miss D and all. She isn’t too bad for a school teacher. You can talk to her and she doesn’t make fun. But, sheesh, a secret code from aliens? That’s just too sci fi for him. To keep her happy, he says he’ll help. Thing is, once he starts studying the scribbles, he can see messages.

Coder Guy, as Abby calls whoever is sending the messages, wants her to fix things. What things? Abby and Curtis find the answer when letters with Abby’s signature appear in newspaper offices. The things asked for come true. But, who’s writing the letters? Coder Guy? Or Abby?

Then the reporter shows up. What is a war correspondent doing in their little town? He says he loves Abby, but he sells her story to the world; her face splashed over every television and computer screen. The next day Miss D and Curtis are the only ones who remember the reports.

That’s when real fear sets in.

Meanwhile, Yves, who fell in love with Em, has loved her through her life as Jasmine, still loves her in this life as Abby. He fumes as one of the rookie gods fumbles communication with her. Once again, Yves breaks the rules to help Abby, but with deadly results.

“More drawings?” Curtis gestured at the papers she held.

Abby looked down at the pages and willed her hand to stop trembling. The three pages of code drawings seemed to shimmer and shiver with a life of their own. “Yes. Three pages. From Friday, Saturday, and last night. They’re pretty … they’re … pretty well done, I’d say.”

But Curtis was no longer listening.  He waved the papers she’d just handed him and almost shouted with excitement. “These are amazing. Way better than the first drawing you brought us.”

Abby stifled a small grin, but she had to agree. The drawings outclassed her scratches a million times over. “My friend developed instant artistic talent.”

“I’ll say.” Curtis shuffled the pages back and forth. He shook his head slowly and muttered “wow” over and over. Finally he looked up at her. “Miss D, thanks for getting so many. Now we have four to compare. We’ll see if there are any repeated patterns or sequences of symbols. Your friend is great to share these with us.”

“No problem.” Oh God, I’m such a liar. Of course there was a problem, and not just because she was lying to Curtis. My friend. How lame was that? The mere existence of the pages was the real problem. Some nights the clickings chattered incessantly in her fillings, almost driving her crazy. Those were the nights of very little sleep. The weekend had been eerily silent. That was a new phenomenon since Friday, no clickings, instead Coder Guy had begun leaving the pages filled with drawings. Either way—no escaping the code.

A while back, she’d grown tired of sharpening the pencil she used each night and replaced it with a pen, which was now almost out of ink. She’d have to remember to get out a new one tonight. Or maybe not? What would happen if there was no writing utensil?

“What’s so funny?” Curtis asked. Abby hadn’t realized she’d laughed out loud. The lack of pen wouldn’t stop her night visitor. She stifled another burst of laughter she knew bordered on hysteria. Truth was, much as the pages of code scared her, she’d be devastated if no more came. The person—being, alien, Coder Guy—was an integral part of her life now; his existence had established a rhythm that kept her balanced. Or so she thought. Maybe she was completely off her rocker.

Whatever the case, she didn’t want to lose that contact. Coder Guy’s presence warmed her, kept her from feeling alone and lonely. Oh, man, I am losing it here. Really losing it.