Please join me in welcoming authors Natalie Damschroder and Sharron McClellan to Conversations today! Natalie and Sharron are here to talk about their hot new romantic suspense releases, Hearts Under Siege and Risking it All for Her Boss. So be sure and check out their blurbs and covers below! PLUS, Natalie and Sharron are teaming up to give away a Kindle Paperwhite, Kindle Cover and $25 Amazon Gift Card. So be sure and check out the details below on how to enter! 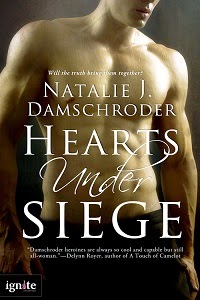 Brady Fitzpatrick has spent a decade burying the pain of a broken heart while working for SIEGE, an information-gathering spy agency. That it kept him away from his family as well as his best friend Molly has been an unfortunate side effect. But when his brother, also an agent, is killed during a foreign op, Brady is drawn into a web of intrigue that threatens the lives of everyone he loves…

Molly Byrnes has loved Brady forever. As his best friend and a de facto member of the Fitzpatrick family, she holds them together in their crushing grief. But as a member SIEGE’s ground team, she doesn’t buy the official line about Brady’s brother’s “accidental” death and launches her own investigation—only to uncover a shocking secret that she and Brady must get to the bottom of before their target finds them.

Tangled emotions land them in bed together, opening Brady’s eyes to the incredible, fearless woman who’s been there for him all his life. But after a lifetime of disappointment, how can Molly trust the possibility of a future with him…or if they can count on any future at all?

RISKING IT ALL FOR HER BOSS 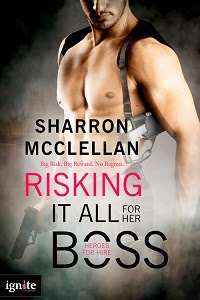 When High Risk Securities (HRS) agent, Eva Torres, botches an undercover job by failing to rescue both of the kidnap victims she was sent to retrieve, Quinn Blackwood—her former lover and the man who broke her heart—pulls her and one of the victims out of harm’s way. As a penalty for her sins, she’s offered the dull job of escorting a former bio-chemical warfare scientist to Washington D.C. to reunite with his daughter. Much to her displeasure, the job of monitoring her assignment is given to Quinn.

Quinn isn’t thrilled with the situation either. He taught Eva everything he knew about secrets, sex, and lies—but the biggest lie of all was the one he’d told himself: that his missions for HRS were more important than anything, including his relationship with Eva. Because now that they’re working together again, the urge to put his hands on her, to feel her beneath him, is killing him.

Things only get worse when their current operation goes wrong, and the scientist they’re guarding is kidnapped mid-air. Now, Eva and Quinn have to work together to find him before he is forced to create a monstrous weapon that could destroy entire cities. A hard task made more difficult when they find themselves fighting both the enemy and their building desire for each other. Can they work together for the sake of the mission without reigniting the passion between them—or will passion be the salvation of them all?

Enter Natalie's and Sharron's Rafflecopter for a chance to win a Kindle Paperwhite, Kindle Cover and $25 Amazon Gift Card! 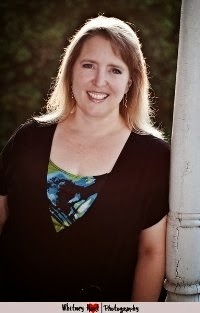 Natalie J. Damschroder is a multi-published author of contemporary and paranormal romance, with an emphasis on romantic adventure. Her 10 novels, 7 novellas, and 15 short stories have been published by Avid Press, Echelon Press, and Amber Quill Press. She currently publishes romantic adventure with Carina Press and urban fantasy romance with Entangled Publishing. She has been involved in the romance industry since 1996, and has witnessed many waves of change over the years. A chronic volunteer, she has served as president (and more) of her local RWA chapter, the Central Pennsylvania Romance Writers, and on many RWA National committees. A self-proclaimed know-it-all, she is always eager to share her knowledge and opinions.

Damschroder is a 2012 recipient of the RWA Service Award. She has had two finalists in the EPIC eBook Awards romantic suspense category: Fight or Flight the 2012 awards, and Acceptable Risks in the 2013 awards. You can learn more about her at www.nataliedamschroder.com, where you'll also find links to her blogs and social media. 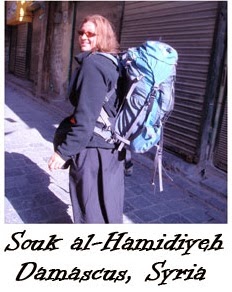 I always planned to be a writer of some sort. However, when I went to college, I took journalism and creative writing and sadly, the teacher’s sucked the love of writing out of me. So I turned to my next love–science. At first, I wanted to be a marine biologist, but there was the whole shark issue. Frankly, they freak me out.

Instead, I discovered the joys of playing in the dirt-a profession more commonly known as archaeology. For years, I focused on excavating ancient sites that included projectile points, burn pits and the occasional burial.

My focus returned to writing when I took a position during the archaeological off-season and ended up answering phones for Princess cruise line AKA The Love Boat. Which, when you consider I write romance, is somewhat ironic. It was during that time that I took to reading romance. It wasn’t long before I fell in love with the genre and returned to my first love-writing.

Five years later, I sold to Silhouette. Five years after that, I landed at Entangled Publishing–Huzzah!

Today, I live in San Diego, also known as the City of Perfect Weather. I have an awesome husband who supports my passion for the written word in every way possible. We both love to travel so don’t be surprised to find locales I’ve visited appearing in my books and pictures popping up on the website. It’s a big world—both in my head and out there! www.sharronmcclellan.com