It is my pleasure to welcome AAMBookclub Author Dexter Shaw to Conversations today. Dexter's here to talk about his new release, Confessions of a Side-Piece Baby. So, check out the cover and blurb below. And get to know Dexter by checking out his interview too. 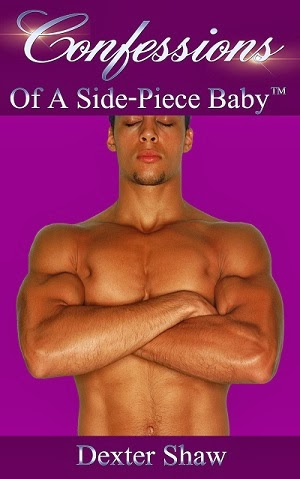 Confessions
of a Side-Piece Baby


Lashaun Johnson is mad at the world and taking his revenge on it. His mother is the longtime mistress, or side-piece, of a married man and he is the love child of their illicit union. He is given to committing violent crimes through fits of rage. Follow Lashaun as he takes you on a (Quentin Tarantino style) thrill ride through his life from woman to woman, prison to freedom, and from poverty to stacks of money. You won’t believe a young man could be so heartless or that so many women would try to love him as they do while you listen to the confessions of a side-piece baby.


Get to know Dexter Shaw

Tell us a briefly what Confessions of a Side-Piece Baby is about?

The book follows a young man named Lashaun Johnson as he confesses the sins of his life in this crazy sexy romantic crime thriller. Lashaun is funny, charming, attractive and cute but he is also a killer. The book is written in an action packed style with some parts so shocking it becomes hard to put down.

The title suggests that it may contain some reality show type of drama. Who would you say might enjoy reading it?

The book is in the Urban Fiction category and chronicles the life of a young man who lives in an urban setting along with the many women who try to love him.

So, I gave it a hook that would appeal to anybody who is Black or Hispanic from age 16 to 60 because it is written just like a movie. Everyone who reads it says it feels like a movie.

The second hook I put in this book is I wrote a romantic novel in a way that also appeals men. Every Black and Hispanic man that has read it absolutely loves it. First, it’s a crazy story and second it is an action packed Quentin Tarantino style crime thriller woven within a romantic tale. This kid Lashaun is very sexy and romantic with the ladies but he’s also a deadly criminal. So it appeals to both men and women.

I really enjoy seeing how men react to it.

The story does seem very real, is it based on a real person or real situations?

People always ask me that I guess because they see situations in the story that are familiar to them, but no. The main character, Lashaun, is really a combination of many Black and Hispanic young men that I have watched grow up. Having observed a many of their activities and incidents that got them into trouble, I simply mashed them all together and changed some of the incidents to make them all apply to one person.

This character seems to be rather violent with a few of the women in the story. What is going on with him?

Well, like most domestic abusers Lashaun has two faces: one that is very loving, sweet, charming and cute and another that is a monster.

The third hook that I wrote into the story was an effort to try to paint a picture of what the average domestic abuser looks like so that women can recognize an abusive man when they first meet him and hopefully avoid getting involved with him.

I’ve learned from working as a domestic violence advocate that abusive people share pretty much the same qualities and characteristics; they ALL seem to do and say pretty much the same things. So I wanted to work the abuser’s common qualities and characteristics into the story so that women will slow down or go on pause when they meet a guy with boy-like qualities that are funny, charming and cute because they could also be deadly.

Tell me a little more about your work as a domestic violence advocate?

I work with an organization, The Family Justice Center, that provides assistance to women trying to break free of a violent domestic relationship throughout Western NY and Erie County.

I am a Master Trainer so I work in the prevention and awareness arena hosting seminars and teaching workshops helping to make people more aware of the affect of domestic violence as well as provide knowledge and information that will hopefully prevent some people from becoming victims of domestic violence.

I understand that you have a project you are working on to raise funds aimed toward the prevention and awareness of domestic violence. What is that project?

It is the “Be the Difference Project” where we don’t try to just make a difference but where we try to “be” the difference in a person’s live that helps them to break free of the bondage of domestic violence.

Sometimes people feel trapped in abusive relationships because they have no money, no means to get away, and no other place to stay. Be the Difference is a “micro” donation project. The objective is to raise funds while creating broader awareness of the affects of domestic violence. What we do in that regard is to try to get hundreds of thousands of people across the country to make small, $5, donations and to encourage their friends to do the same. This way, we raise money to help victims escape while creating active interest and awareness at the same time.

How can people get involved or where can they make a donation?

They can go to my website www.sidepiecebaby.com where they can easily buy and download the book as well as make a micro donation to the “Be the Difference Project”.

What is your website again and how much does the book cost?

The paperback book is $8 and can be found on amazon.com. The ebook ONLY $5 which you can download to anything: iPod, iPad, iPhone, smart phone, tablet, computer, Kindle or any other kind of reader from MY website. 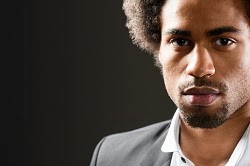 Dexter Shaw has authored academic books on subjects surrounding children, marriage and family.  This is his first venture into fictional story telling.  He holds a Ph.D. in Religious Studies and works as an advocate for victims of domestic violence.  Mr. Shaw also teaches seminars promoting the prevention and awareness of domestic violence.