Please join me in welcoming novelist and screenplay author Leslie Ann Sartor to Conversations today! Leslie is here to talk about her novels, being an indy author and Jackie-Of-All-Trades.So be sure and check out her very informative guest post and get to know Leslie. She has some great advice and some exciting book deals, including a freebie!


Thank you, Lisa, for hosting me on your blog, it's an honor to be here.  And again, congratulations on making the NYT Best Seller list.  You're my role model :)

Today I'm talking about being the Jackie-Of-All-Trades…that's what you are when you publish Indie.

And to go along with being a JOAT, is the axiom I'm learning to live by.  NEVER SAY NEVER.

Okay.  Being a Jackie-Of-All-Trades isn't a bad thing, honest. It's just very exhausting and I wish there were thirty-six hours to the day, twenty-four simply isn't enough.

And I have to sheepishly admit I mess up sometimes, and that's horrible for a person who on one hand is a near perfectionist, and on the other creates constantly so is always working on getting what I do, be its best. Sounds like a vicious circle, doesn't it?

Okay, so here are a few things I've learned since I first published that help me tame that nasty circle.

1) You cannot do it all:
I finally found a great virtual assistant and she does some of the work like mailing lists and promo's I just can't manage to do. I'm never ever…opps, didn't I just say that I should never say never. This is an exception. I'm never ever letting her go :)

2) Try everything that sounds like it's up your alley:
Then find out what works and what doesn't work. I put my last book on KDP Select and I was pleased with the response it received. And even more so when it hit Best Seller.  But I won't keep it in Select, (but it will stay on Amazon), as I like having the options of other means for distribution. But that entails more work.  Vicious circle again. However, read on.

3) Then narrow your choices to those that work best, or feel right:
As I said above I like options, but even those are narrowing.  I'll move my books out of Smashwords because I don't like the direction they're moving.  I'll also take them off of ARe and now that Sony is no more, that's a done deal.

And notice I said feel right?  All the sites you're on, be it for promotion, for publishing, for blogging, have to hit the right chords inside of you.  I have about 5 promotional sites I'm pushing myself to build my presence on. That's down from maybe 15. That's cutting by 2/3rds.

4) But that doesn't mean you shouldn't try more new things:
Does that sound contradictory?  It's not.  You can't remain static. Neither can you go with what may have worked before, but may not be now.  So how do you find out what is working?

That is a hard answer. It's a just sense of feeling of connecting with the person who runs the site, sometimes I can see the numbers increase on a particular book and I know it's because this particular month I'm promoting it.

If you have a better way to tell what's working. I want to hear it. But I rely a lot on instinct and feelings.

What about trying all the different social media you ask? HA!!  That's another post entirely. 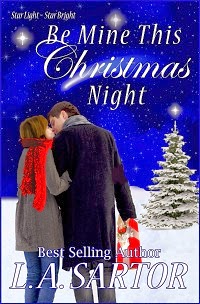 And because I made that mistake I'm trying to reap some reward from it, by increasing my visibility. SO I'm offering my other two books for 99¢ during that same time.

Stone of Heaven 99¢ on Amazon HERE

Dare To Believe 99¢ on Amazon HERE


Two things that when I started this journey I swore I would never do, FREE and CHEAP. But here I am doing exactly that.

But I have a new title, Best Selling Author, and I have great readers so why not repackage myself and offer this?  No reason.  #4 on the list.

I have a blog, www.anindieadventure.blogspot.com and I have room for guests, but I've had to rethink just how much time I can put into the blog, so I've changed my offerings.  Numbers 1 and 3 on the list. I'm trying to give visibility to authors and screenwriters and musicians, but not at the expense of my own writing.

You can't be static. You can be a perfectionist, but you can't dwell on things when they turn out to be less than perfect. And as writers, we still have to find time to write.  After all, that's what all the rest of this is about isn't it? 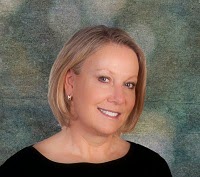 Leslie Ann Sartor (aka L.A. Sartor) began telling stories around the age of 4 when her mother, at Leslie’s insistence, wrote them down and Leslie illustrated them.  As an adult she writes suspense and action adventure novels with a dash of romance, and screenplays—she's had a contracted adaptation!  She lives in Colorado with her husband whom she met on a blind date.  Leslie loves to travel and thinks life is an adventure and we should embrace the journey.  She has a blog: www.anindieadventure.blogspot.com. She is also one of the Five Scribes at www.fivescribes.blogspot.com.  Check out her website, www.lesliesartor.com.

She two books coming out in 2014, Viking Gold, book 2 in the Carswell Adventure Series (Stone of Heaven is book 1) and the second book in the Star Light ~ Star Bright Series (Be Mine This Christmas Night is book 1)