Please join me in welcoming best selling author Mindy Klasky to Conversations today! Mindy is here to talk about her new novel, Perfect Pitch, the first volume in her Diamond Brides Romance Series. So be sure and check out the blurb, cover and excerpt below! 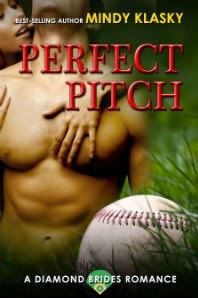 Reigning beauty queen Samantha Winger is launching her pet project, a music program for kids. All she has to do is follow the pageant's rules—no smoking, drinking, or "cavorting" in public.

That's fine, until D.J. Thomas—God's gift to baseball—throws her a wild pitch. He slams her in an interview, and the video goes viral. Sam's no shrinking violet. She parlays D.J.'s apology into a national T.V. appearance—and a very unexpected, very public kiss.

Soon, paparazzi catch the couple in a steamy make-out session, and Sam's music program is on the block. The blazing hot relationship is threatened even more when D.J.'s son begs to trade in Little League for music class.

Can Sam and D.J. sizzle past the sour notes and find their perfect pitch? 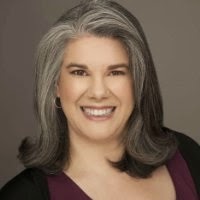 Mindy Klasky learned to read when her parents shoved a book in her hands and told her she could travel anywhere in the world through stories. She never forgot that advice.

Mindy's travels took her through multiple careers - from litigator to librarian to full-time writer. Mindy's travels have also taken her through various literary genres for readers of all ages - from traditional fantasy to paranormal chick-lit to category romance, from middle-grade to young adult to adult.

In her spare time, Mindy knits, quilts, and tries to tame her endless to-be-read shelf. Her husband and cats do their best to fill the leftover minutes.

Find Mindy on her website, www.mindyklasky.com or any of these social networking sites: