Please join me in welcoming author C.A. Wittman to Conversations today! C.A. is here to talk about her memoir, Synanon Kid! So be sure and check out the cover, blurb and excerpt below! And don't forget to check out her interview too and get to know C.A. Wittman. 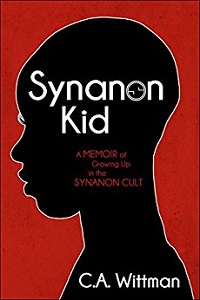 SYNANON KID: A Memoir of Growing Up in the Synanon Cult

"I told you mothers do not matter here. We are all your mothers. Isn't that better than just having one?"

An ordinary weekend becomes surreal when Celena's mother, whom she has not seen for years, returns to claim her. Told that she is going to visit a place called Synanon, six-year-old Celena leaves her native Los Angeles on a bus for a secluded ranch setting in Northern California where the residents are strangely bald and dressed uniformly in overalls.

Coming to realize this eerie institution is to be her new home, Celena is ultimately forced to develop a new strength of being to protect herself against the abusive school demonstrators, the troubled children, and the chilling thought that she and her mother might never leave.

C.A. Wittman's daring memoir is a coming-of-age story about growing up in a cult, the unconditional love between a mother and daughter, and how that love helped a young girl to grow and flourish against the odds of her distorted childhood.


“When will I see Theresa?” I hoped that using my mother’s name would produce the desired effect of getting some information from Linda. Instead, the pleased smile left her lips, her mouth tightened with disapproval.

“The sooner you are used to being apart from Theresa, the better. I told you, mothers do not matter here. We are all your mothers. Isn’t that better than just having one?”

I did not want a group of mothers I didn’t know. My mom, Theresa, loved me. It showed in her eyes and body language. But after our reunion, she was gone again, replaced like a pair of shoes. I did not know what to say to Linda, who coldly demanded that she, in a sense, was now my new mom. A feeling of terror came over me. I clenched my fingers into my palms to fight back the tears that filled my eyes.

“When we have another game, you can talk about it,” Linda said. “That’s when you get out your feelings.”

I took a deep breath, not daring to move.

I couldn’t speak. Afraid that instead of words there would be just an uncontrollable wail, I held myself very still.

Linda gave me a minute. “It is important when someone shows you how to do something properly that you thank them.”

“Thank you,” I whispered.

Initially a drug and alcohol rehabilitation program, Synanon was founded by a man named Chuck Dederich in Santa Monica California in 1958. Over time Synanon evolved into an experimental lifestyle community. During the cult’s development, helping people recover from drug and alcohol addiction became just one of Synanon’s many objectives as it expanded into environmental consciousness, clean living, philosophical studies, racial integration and experimental childrearing. This “new” paradigm of collectivist and socialist structure attracted more than just dope fiends; college graduates, white-collar professionals, celebrities and wealthy donors also flocked to Synanon. These new members, called lifestylers, looked to Synanon as a kind of utopia. Synanon properties would grow to expand beyond Santa Monica, to Marin County, San Francisco, Oakland, and Visalia, California. There would also be property in Lake Havasu, Arizona, New York, and Berlin, Germany.

Over time the organization grew corrupt and violent. Chuck, once a maverick for positive change, devolved into an egomaniac, wreaking havoc on his members’ lives through unyielding commands often issued from his selfish whims. These dogmatic orders would have detrimental effects on Synanonites. Ultimately, the community would return full circle, residents succumbing to the abuse of alcohol and drugs that earlier members had once fought so doggedly to overcome. Synanon fell to its demise in 1991.

How do people get involved in cults?

There are myriad reasons people become involved in cults. Often the attraction to a particular peripheral movement has to do with an individual's growing discontentment regarding either the social norms and status quo of the greater society as a whole or rebellion against change within the society that the person deems threatening, immoral, or evil. Other times, an individual is not looking to join any particular group per se but becomes curious and enticed by a cult through attending a lecture, weekend seminar or sermon put on by the organization. Many people who have dedicated years of their life to cult living fall under the latter group.

The late Margaret Singer, who was a clinical psychologist, and professor at the University of Berkeley, studied cults and coercive persuasion. In the literature she produced on her theory of thought reform, she outlined six conditions:


There have been other psychologists who have studied this subject extensively outlining their own...

How do you feel toward your parents for bringing you into Synanon?

My father was never involved with Synanon, other than attending some of the free parties open to the public at their Santa Monica head quarters, The Casa Del Mar Hotel. Although my father introduced my mother to the Synanon club scene, which the community created to recruit new members; he was not a good candidate for their recruitment efforts. Content with his religion, family and American society in general, he was firmly rooted in mainstream life and tended to distrust counter-culture type movements and ideology. My mother, on the other hand, was very open to new ideas and exploring alternative lifestyle experiences and spirituality. Because my mom suffered from bouts of depression, feeling isolated, and had very little help from her family or my father as a single mom, Synanon appeared as a bright beacon of hope for her.

Considering my mother’s circumstances and the fact that she made sure I knew she loved me in the corrosive environment of the anti-parent-child rhetoric, which the Synanon school adhered to, I, fortunately, did not develop any ill will or bitterness toward her.

What was it like to grow up in Synanon?

As a girl, when people asked me where I grew up, I would say a ranch in Marin, not knowing how to explain my past. The first time I told someone that I came from Synanon and tried to describe the commune, I was eleven. The question had been, "why is your hair so short?" The child who'd planted herself in front of me demanding to know what I was all about, found my story so preposterous she'd called me a liar. Many years later when I was eighteen, I wrote a short story about an incident I had experienced in Synanon for a creative writing course. The assignment had been to write about a memorable time in your life. When my teacher read my paper aloud to the class, several students were confused thinking it was a science fiction piece rather than autobiographical.

I still find it difficult to describe what it was like to grow up in Synanon. When I reminisce, there is a dreamlike quality to my memories, a feeling of having slipped into another world for a time that no longer exists today and is no longer relevant. My Synanon childhood was a rigidly scheduled, militaristic up bringing during the week while on weekends and vacation we children enjoyed a vast amount of freedom and autonomy to roam and do what we liked on the ranch where we lived.

What happened to you and your mom after you left Synanon?

We left the commune with my mother's husband and his daughter and settled in Santa Cruz where we joined another commune for one year. I have written a second book about our experiences detailing the challenges and triumphs of re-integrating back into mainstream society.

When did you decide to become a writer?

From the time I can remember I have loved to read. As a child, I enjoyed telling stories to my friends. I was probably eight years old when I began to write. A few years later, I wrote my first hundred-page novel, a love story between a teen-couple named Sandy and Joey. I wrote throughout my young adult years regularly, however, when I became a mom, my writing dwindled down to the occasional few pages here and there.  I have been lucky in the sense that I've known from a young age what my passions were, and have followed through on my interests. Becoming a published author has been a goal of mine from the time I was nine and sent off one of my short stories to a publishing house. Now that I have reached that goal, I am working on creating more books and building my writing business into a financially sustainable career.

I am an eclectic reader. For most of my childhood and younger adult years, I read fiction predominantly stories about day-to-day trials and tribulations in life, supernatural stories, horror, and thriller suspense. In my mid-twenties, I ran a family owned bookstore/postal center and gravitated toward non-fiction, small business books, and memoirs, and still later, sociology, science, economics and travel writing, interspersed with regional romance novels and Mary Higgens Clark's mystery novels. Lately, I have enjoyed reading all of Liane Moriarty's books, Emma Straub’s, The Vacationers, Elena Ferente's novels, Han Kang's The Vegetarian, The Stranger, by Albert Camus and re-reading Sophie Kinsella's older works, Remember Me and The Undomestic Goddess. 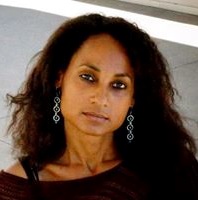 C.A. Wittman grew up in Northern California. In 1993 she moved to Maui Hawaii where she raised her children. Synanon Kid is her second book. Currently, she resides in Los Angeles with her husband, Frank.