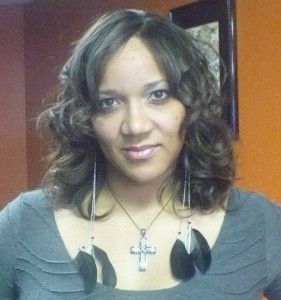 Senica Evans as author, relationship coach, radio host, and speaker is passionate about helping women overcome the destruction in their life to reveal their true beauty and greatness. As a survivor of domestic violence, sexual assault, and destructive relationships, Senica founded SennySen to be a guiding light to women and teen girls. Senica is the author of Married to Him, an autobiography of the destruction she faced in her abusive destructive marriage. Senica is preparing to release her second book later this year; Woman Free Yourself: A Guide to Healing from Divorce or a Heart Wrenching Breakup by Starting Over, Rediscovering You, & Crushing Bitterness, Anger, and Resentment. Visit her at http://www.sennysen.com.

1. What is Married to Him?
Married to Him is my story and debut book. It allows readers to journey with me through my destructive marriage which was filled with abuse, infidelity, and disrespect to peace, joy, and happiness. It also details how previous events in my life resurfaced in my marriage which caused me to accept things I was undeserving of. It will make you laugh, piss you off, and get a bird’s eye view of what’s it like to be in destruction.
2. Why did you decide to write Married to Him?
Unfortunately, there are a lot of women who get stuck in destructive relationships and it’s usually swept under the rug. Writing has always been therapeutic for me. When I started my blog, this was a way for me to get out and get over this relationship. As the blog grew, I saw there were many women who were stuck in similar situations and they found solace and comfort in my escape. Married to Him is not just my story but my journey of overcoming such a destructive relationship to come out on the other side stronger better and without regret or malice.
3. You mentioned you used writing as a therapeutic tool. When did you start writing?
I’ve always had a passion for writing. As a child, I wrote songs and poetry. I was that girl that would send you love letters. My college English professors would often encourage me to pursue writing as a career. But, I chased the career that offered the most money and quickly found myself unhappy. I never put the pen down. I kept journals on almost every part of my life. Finally, I had had enough and decided to step out on faith and pursue my true passion; writing.
4. Do you still talk to “him”?
Yes, I do. We have two children together so I’m forced too. We are definitely not friends but not enemies either. We do what’s necessary for our children.
5. What was the turning point for you in the relationship?
Well, without giving the book away. I simply had enough. It’s just like the old saying goes, “a person will leave when they’ve had enough” But I was finally able to walk away knowing I gave my marriage my all. I left without any remorse or what if’s. I left with a clear conscience that I made every attempt to make my marriage work.
6. Do you have any advice for women in similar situations?
Plan, grieve, and take time for you. It sounds so cliché but it’s true; know your worth. Once you are firmly rooted in who you are and what you are deserving of, you will realize what situations or relationships are detracting from your greatness. When the relationship is over grieve that relationship. By that I mean, take the necessary time to cry, scream, or whatever it takes to get the emotions out. Don’t suppress them. It’s also important to take time for you. A wounded heart is too needy and delicate to enter another relationship quickly. Date yourself for a little while and have fun doing you. It will foster that sexy feminine confidence.
7. What can we expect from you in the future?
I am currently working on my second book, Woman Free Yourself: A Guide to Healing from Divorce or a Heart Wrenching Breakup by Starting Over, Rediscovering You, & Crushing Bitterness, Anger, and Resentment. Woman Free Yourself is a practical guide to assist women in overcoming a relationship’s demise and how to get back out there successfully. I also host a weekly internet radio show, Let’s Chat Radio Show, discussing all things relationships and women. In addition to writing and radio show hosting, I am also a speaker, relationship and life coach for women, and mentor. You can find out more information about me and my services by visiting www.sennysen.com 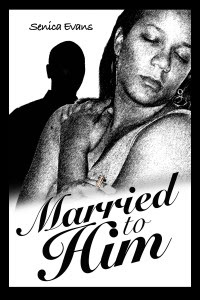 Synopsis:
One woman’s story of overcoming a marriage filled with deceit, infidelity, and abuse to living a life filled with joy, peace, and deliverance.
From Senica Evans, comes a riveting, heartbreaking, drama filled autobiographical tale of her tumultuous marriage to Spank. He is verbally and mentally abusive and can’t seem to control his incessant cheating. But it didn’t start that way! They met and became the best of friends. Almost inseparable from the start. As Spank’s true self was slowly being revealed the relationship picked up speed and eventually began to spin out of control. She saw the signs but her desire to keep her family intact was far greater. Despite the craziness, her love for him fueled the drama fire and his selfishness was the wind that kept it ablaze. There was a lesson to be learned from all of this and she was determined to figure it out.
Excerpt:
“The butterflies were swarming and I was warming up on the inside. He sat back on the couch and began to swirl his finger around the curls in my hair. He pulled me back to him and his lips touched mine. The kiss was so passionate it sent jolts through my body. Then all of a sudden he abruptly pulled away from me. “Go ahead and finish eating. I have more planned” he said with great confidence.”
“On one of the rare occasions he would actually open up and talk to me, he told me, “sometimes you have to put things on the back burner to get what you want. Once I got you, I moved everything from the back to the front.” This explained it all! I was just something to be conquered. He didn’t love me, not one bit. It was all a game. “
“You’re so silly! Why aren’t you taking pictures? What woman doesn’t take pictures on vacation? You’re just walking around looking like you’re a man or something. What was the point of you bringing the camera?
I didn’t know picture taking was gender specific! If you aren’t happy with the amount of pictures I’m taking or the lack thereof you are more than welcome to take them yourself.
I’m not doing anything. You’re the woman so you are supposed to do it. I don’t know why you want to be a man so bad. Senica you aren’t a man. You can’t be the man.
Huh?!? Ok whatever Spank!”