Please join me in giving a very warm welcome to author, February Grace! February is here to talk about her latest novel, Of Stardust. So be sure and check out the blurb, cover, and except below! 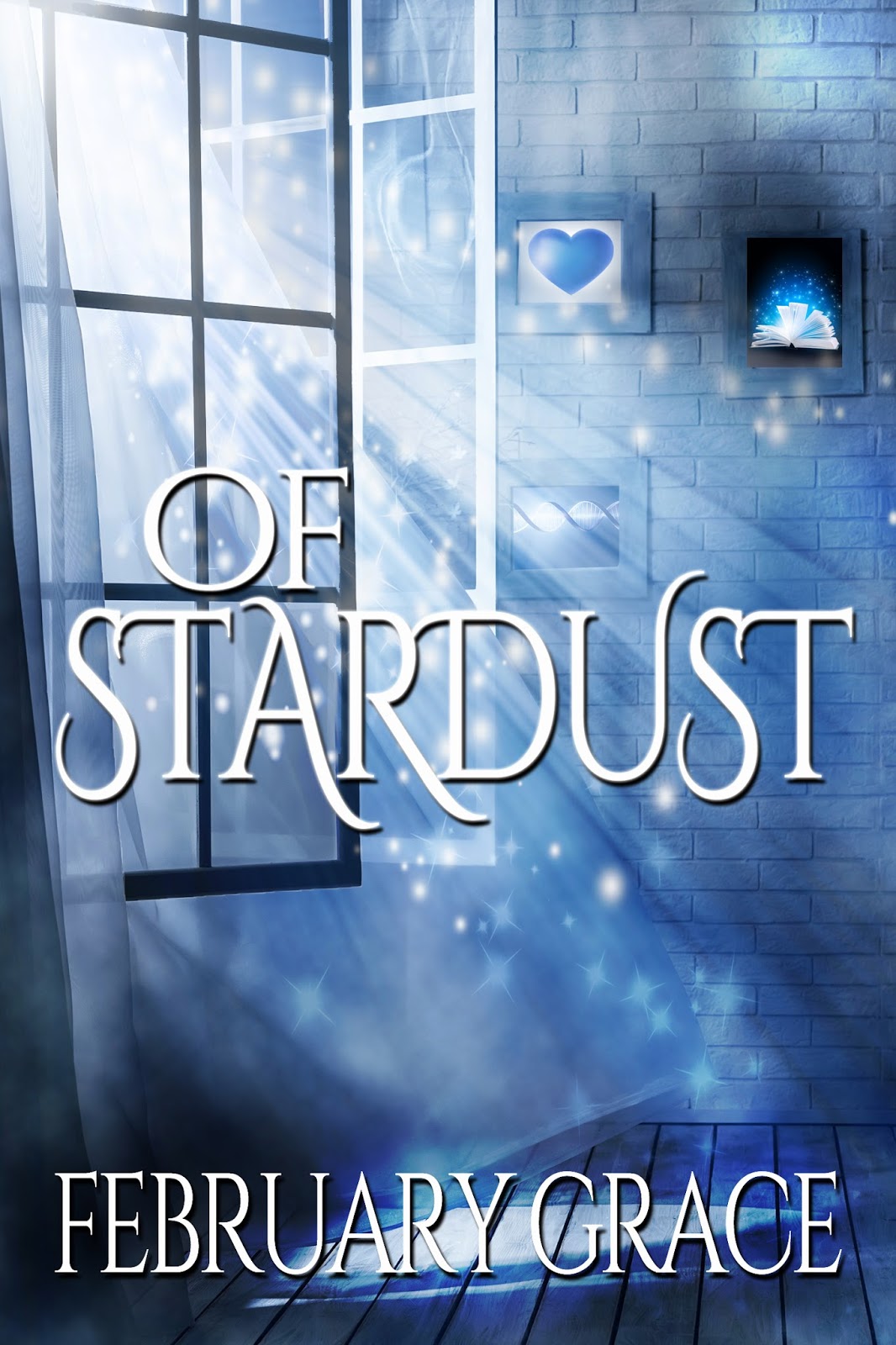 At the age of twenty-six single, geeky bookseller Till Nesbitt inherits the shock of a lifetime: a huge Victorian farmhouse filled with unique tenants, and the knowledge that there is a reason she’s always been different. She’s destined to become a Fairy Godmother, because the skills are written into her DNA.

Till embarks on her fairy education at Dreams Come True University with much trepidation, guided on her journey by a unique mentor: a Celtic hybrid with a secret by the name of Gus.

When Till falls head over heels for Gus, will she break the most serious law in the Fairy Code, or will the truth of what really happened to Gus’s parents keep them from repeating history?


Excerpt from Of Stardust

Till and Aunt Tilda settled into another room full of books and trinkets. This one also contained something Till had never really seen much around her parents’ house: family photo albums.

Aunt Tilda handed her one of them. She casually flipped through it, as her great aunt did the same with another. “Why don’t I recognize any of the people in these?”

“Because they were gone long before your parents’ time, my dear. As I said before, when you get to be three hundred years old, you’ve outlived almost everyone you’ve ever loved.”

More of this, Till thought.

“Just another distinction between us and the humans,” Aunt Tilda mused softly, almost to herself. “We were once immortal. Then more and more they broke the rules, got involved with the humans, and produced children with scrambled up DNA, like you and me. It’s a recessive gene, you know— it only shows up every so many generations in the families that carry it. The last time it showed up, was me. There has never been another, until you.”

“The… humans?” Till’s head swam. “You speak of humans as if they’re something you and I are not. If we’re not that, could you explain to me exactly what you think we are then?”

“Fairy Godmothers, dear.” She said it casually, without ceremony.

Till slid down the wall and sat on the floor. “I’m sorry, but did you just say…”

Aunt Tilda sighed. “What I am about to tell you won’t be easy to accept, Till. I can only hope that in the days ahead that you will be able to come to terms with what it all means. I hope it will bring you some comfort, finally understanding why it is that you’ve always been different,” she explained. “I’m a Fairy Godmother, Till, and so are you. Well, not quite yet... but the process has already started, and your adult traits are beginning to show up. Things you may have worried weren’t normal about yourself… like the insomnia. All easily explained, because they are all a part of who you are meant to become.”

Till laughed out loud. “You mean, like in Cinderella... that kind of Fairy Godmother?”

“Well, we tend to dress a little more stylishly and have better hair, but yes, like that.” She saw how troubled Till was by this revelation. “Are you all right, dear?”

“Am I… am I all right?” Till exclaimed. “She tells me I’m some sort of fairy human hybrid and then she asks me if I’m all right?” She scrambled to her feet and started for the door. “Aunt Tilda, I don’t mean any disrespect, but you are sincerely freaking me out right now, and I think I need to take a walk.”

“But we’ve so much work to do, and not much time left.”

“There’s a package from the lawyer that you need to look at. I’ve taken care of everything already, but you need to—”

“I really need some air... I’m sorry.” Till dashed for the nearest door, which happened to be the one to the back porch, and ran outside without her coat.

It was snowing, coming down in a flurry that made it difficult to see the sky. She fought to catch her breath, tilting her head up toward the faded image of the sun as it tried to break through heavy clouds. It only succeeded in sending down a few thin, bright shafts.

She felt sick, and yet something about what the old woman was saying did not feel crazy to her anymore. That part was beginning to worry her more than anything else.

“She’s anything but senile, lass... and y’er not as crazy as ye might think.”

Till spun and saw a man standing behind her with a broom in hand— prepared, it appeared, to brush away the dusting of fresh snow that covered the sidewalk.

“I said, Tilda’s many things, but she’s not crazy. Neither are ye.”

His accent threw her for a moment. She was tempted to ask about it, but forced herself to ignore how charming it was.
“Oh? And you know this how? You don’t even know who I am.”

A shiver coursed through Till and she began to shake. She hugged her arms around her middle as she analyzed this stranger in greater detail. He had shaggy dark hair and a scruff of beard upon his chin. He also had remarkably blue eyes, just as Lane did.

Just as Great Aunt Tilda did.

Just as Till herself did.

She opened her mouth to speak, but stopped. Still, the question formed in her mind.

He smiled at her gently as he swept the walk a few times, then leaned against the broom. “I am, in fact. Only they don’t call me a Godmother. Wish they’d come up with a better term than Godfather though, makes me sound like I’m runnin’ a crime family er somethin’.”

A pair of strong arms closed swiftly around her as the young man dropped his broom and caught her as she fell.

He carried her back into the house, placing her gently in the nearest chair. “We’re all in the ‘family business’ as it were, Till,” he said, as she began to come around. “That’s how it works. We have to stick together, because without each other, the world would eat us alive.” 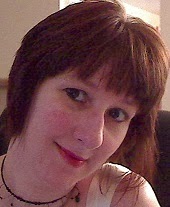 February Grace is a writer, artist, and poet who lives in Southeastern Michigan. She sings on key, plays by ear, and is more than mildly obsessed with colors, clocks, and meteor showers.

You can stay up to date with February by visiting her at http://februarywriter.blogspot.com/ on Facebook https://www.facebook.com/FebruaryGrace and Twitter @FebruaryGrace