Please welcome author Robert Crompton. Robert’s here to talk about his mixed genre novel with elements of saga and romance, Leaving Gilead, based upon his own experience of growing up in a religious cult. So be sure and check out the blurb, cover, and excerpt of this exceptional story. 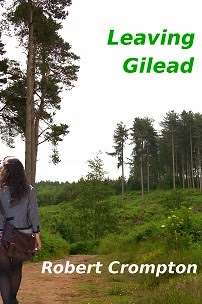 When young Tom Sparrow falls in love with Susan Ridley his dad insists that no good will come of it. Her family belongs to a strict religious sect and they disapprove of all outsiders. Against the odds their friendship develops until the time when Tom is all set to go to university and Susan is free at last to escape from her family’s religion and move to Manchester with Tom. What stopped her? Why was she no longer around?

Thirty years later when he is contemplating a change of career, the Ridley’s old house, tucked away in the forest, comes up for sale. It is just what he wants – though he isn’t sure about Melanie, a young woman who also has an interest in the house. Otherwise it is perfect for his plans for a new life back where he has his roots. As he prepares to move in he discovers something hidden away in an outbuilding and at last he begins to learn the truth of what happened all those years before.

Leaving Gilead is the story of two women’s struggles to build new lives after growing up in a religion that promotes irrational belief and conformity with arbitrary rules above above personal development.


Now through the end of January, read Leaving Gilead FREE on Smashwords!
(Use discount code DY25F at checkout)

It was getting silly. Somehow it doesn’t much matter when you’re a little kid and you know there are lots of people around who believe in fairies and ghosts and giants and things. But then when you get to grammar school and nobody, not even the silliest and the most babyish – and, yes, Susan knew she really ought not to think of people in that way but there actually are people who are stupid – when not even those people will admit to believing in fairies or Santa Claus or Gulliver’s Travels, that’s when it can be rather embarrassing to think of the sorts of things your family believe.
Yes, okay, lots of grown-ups believe in God and Jesus and angels and maybe that was all right though she couldn’t think why it was any different from fairies, but her family believed in other stuff as well like the coming of the Lord and the Great Climax before next Tuesday and demons and eschewing things and how terribly wicked other people were, especially those who believed in God but in the wrong way. And they had these phrases they were always using that made them sound like they were reciting things from silly Gilead pamphlets, which they were, of course. Phrases like, ‘in these perilous times’ and ‘the machinations of the devil.’ If she heard her mother say either of those once more, Susan thought, she would fling her bedroom window wide open and scream all the rudest swear words she could think of and hope they got picked up by the radio masts on Alvanley Hill so they could echo round and round the forest for ever and always. And afterwards, even when she was lots older, when she went walking in the forest on a windy day she thought they were doing just that.
The demons thing got to its absolute stupidest when Susan was thirteen. Some idiots started to put it around that things, objects, could be demon-possessed. It was the wise old men of Gilead who started it, of course, but there were plenty of others with the right sort of Gilead-mindedness to fill in the details. The most susceptible objects were things like antiques or any second hand goods which could have been owned by people who dabbled in occult arts. And children were a special target for the demons so, naturally, their toys were the obvious places for evil spirits to lurk.
She might have been able to cope with this if it had just been other people at Gilead Hall who took the hunt for hidden demons seriously. But one Friday afternoon when she got home from school Alan was in the back yard tending a bonfire which was nearly burned out. She didn’t think much about it at first but when she went up to her room she saw that Pookie, her teddy bear who always sat on her pillow, was missing. Straight away she went downstairs and into the kitchen where her mother was preparing vegetables.
‘Where is Pookie?’ she demanded.
Her mother carried on peeling carrots and replied in a wearied tone, ‘Susan, you are thirteen. You ought to have grown out of playing with dolls by now.’
‘Mother! I don’t play with dolls. I never did. Pookie isn’t a doll. He’s a teddy bear and he’s special. I’ve had him since before I can remember and I want to keep him.’
‘Well it’s too late. It’s gone on the bonfire. You know very well that these things attract the attention of demons. Consider yourself very blessed because your dear brother had the foresight to rescue you from harm. We have to be as cautious as serpents in these perilous times.’
She went back up to her room and flung the window open. She checked that there was nobody around who might hear and then sent the swear words out. Damn, bugger, piss, bloody hell. She even included ‘fuck’ but that one might not have been picked up on the ether because she whispered it.
She might have forgotten about the teddy bear – well, eventually she might – but what continued to needle her was the pressure to behave as if she was always on the look-out for lurking demons. They get everywhere in these perilous times.


One Thursday evening, meeting night, just a few weeks before her sixteenth birthday, she mentioned at the dinner table that she would need to go into school on Saturday morning.
‘Why?’ her mother demanded.
‘I’ve been picked for the under-sixteens cross-country team so we’re all going up by minibus to Tatton Park. It’s only a two-and-a-half-mile course for us so I’m in with a chance of picking up some points for the school team.’
‘No. No you are not going,’ her mother insisted. Her father said nothing.
‘But I have to,’ she replied. ‘I can’t let them down.’ She looked at her father. ‘Please. I have to go.’
Still her father said nothing. Then Alan chipped in with his bit of wisdom. ‘We know all too well,’ he said, ‘that when we take part in competitive sports the devil can take hold of us so very easily.’ Brilliant Alan. Alan the wise. Alan who thinks thirty-two is the square root of sixteen.
‘You are absolutely right, Alan, my dear,’ said her mother. ‘Now that’s an end of it, Susan. You are not going.’
But she was going. Nothing would stop her. On Friday after school, instead of going straight home from the station, she hurried away in the opposite direction. She went into the forest and up to Fingerpost Cottage... 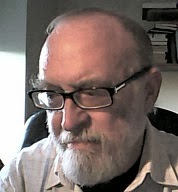 I've worked in the chemical industry and in town planning. I've been a barman and a parson. I suppose I have been a historian as well because my first book, Counting the Days to Armageddon, was a history of a fringe religious group. But at heart I'm a storyteller and I live in Herefordshire UK with my wife Margaret and Henry, our greyhound.