Please join me in welcoming author Mary Campisi to Conversations today! Mary is here to talk about her new release, Book Two in That Second Chance Series, The Way They Were. So be sure and check out the blurb, cover, and excerpt below! 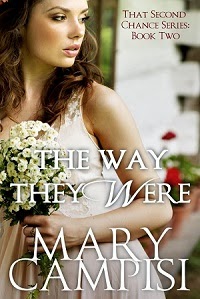 THE WAY WE WERE

It's all about that second chance...

The Way They Were is Book Two of That Second Chance Series. (These are standalone books tied together by a common theme—belief in the beauty of that second chance.)

They promised to love one another forever, but tragedy tore them apart. Now, destiny may just bring them back together.

At eighteen, Rourke Flannigan and Kate Redmond thought they’d spend the rest of their lives together—until a family tragedy tore them apart. Fourteen years have passed and they’ve both carved out separate lives hundreds of miles apart—hers as a wife and mother, his as a successful, driven businessman. But once a year, Kate pulls out a red velvet journal and writes a letter, which she’ll never send, to the man who still owns her heart. Once a year, on the anniversary of the first and only time they made love, Rourke permits himself to read the annual investigative report detailing an ordinary day in Kate’s life.

When a subcontractor at one of Rourke’s holding companies is killed, Rourke decides to pay the widow a visit and offer condolences, never dreaming the widow will be Kate. As they embark on a cautious journey of rediscovery, one far greater than they could have imagined, secrets and lies threaten to destroy their newfound closeness—forever.

Bonus included:
Outtakes from The Way They Were


Excerpt from The Way They Were

“He’s back.”
Kate’s brush slipped, smearing red paint onto the gray siding of the miniature dollhouse. Damn. She snatched a rag and began dabbing at the red spot.
“Kate?”
She dabbed harder as if she could blot out Angie’s words. “I heard you.”
“And?”
Kate glanced up, proud of the outward calm she displayed when her insides were a jumble of panic. “And what?”
“Oh for heaven’s sake, it’s me you’re talking to here, the one who sat up with you for three nights straight after that jerk left.” Angie swore under her breath and muttered, “He didn’t even have the decency to say good-bye.”
“It was a long time ago.” Fourteen years in July.
“Sure.”
Angie Sorrento was a pint-size dynamo with a giant-sized temper who swore in Italian and English and could carry a grudge longer than anyone Kate had ever known. The only grudge larger than the one Angie had for Rourke Flannigan was the one relegated to the ex-fiancé who skipped out on her three days before the wedding.
“Really, Angie. Fourteen years is ancient history.”
Angie’s dark eyes narrowed. “That’s what I’m worried about, Kate. Your history with Mr. Jerk.”
“There’s no need to worry.” Kate dipped her brush in red and filled in the trim along the roof. This house was a four bedroom cape cod, designed for Rachel and Jared Hennessy and their seven year old twins, Jeffrey and Jason. The family had relocated from Richmond, Virginia last year so Jared could teach sophomore English and coach basketball in Montpelier. Great family—devoted couple, beautiful kids, even a golden retriever named Jed.
Angie started up again. “Even if it weren’t ‘Mr. Holier than Thou, let me grace you with my presence in this Podunk town’ and even if said man-boy weren’t someone you’d been intimately involved with, I’d still be worried.”
“Unnecessarily.” Kate ignored the way her pulse skittered when Angie talked about him.
“You’re vulnerable.”
“Stop.” Her pulse tripled.
“You buried Clay five months ago. That makes you a lonely widow. The perfect target.”
“You watch too many Lifetime movies.” Had he heard about Clay? That was ridiculous, how could he have heard? She had no idea where he lived and now, suddenly, he was here. Why?
“Katie? Are you all right?”
No, she wasn’t. She hadn’t been all right since—Kate pushed the unwelcome truth away and glanced at her friend. “I’m fine.”
“Fine is code word for no. Look, I know you don’t want to talk about him, but there are some things you’ve got to know before this guy comes waltzing back into your life.”
“He’s hardly waltzing back into my life.”
“Steamrolling then. You just wait and see.”
“We haven’t seen each other since we were eighteen.” A marriage and child ago.
“We’re strangers.”
“You were planning to marry the guy.”
Kate set down her brush and plastered the same expression she’d worn when well-wishers patted her hand and offered prayers for strength to endure her newly-widowed state. She’d never told Clay how much he meant to her, not really and now one freakish accident had stolen her chances of ever telling him.
“They say he kicks people out of their homes to get a deal.”
“That’s crazy. He would never—” She stopped. How did she know what he would never do? He was a man now, not a teenager.
“They say he buys the buildings dirt cheap, after he kicks the tenants out, and then renovates the places into posh apartments for his rich friends.” Angie crossed her arms over her small chest and tilted her head to one side so several black springs of hair bounced off her shoulders. “While you were watching Barney with Julia, I was watching him on E and seeing his face plastered in People.”
Rourke had always hated media in any form, said they made it hard to find a nugget of truth in anything. Kate started to shake her head in denial and ended in a shrug. What did she really know about him anymore? The truth slipped out again. Nothing. 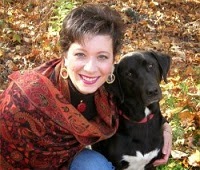 Mary Campisi writes emotion-packed books about second chances. Whether contemporary romances, women's fiction, or Regency historicals, her books all center on belief in the beauty of that second chance.

Mary should have known she'd become a writer when at age thirteen she began changing the ending to all the books she read. It took several years and a number of jobs, including registered nurse, receptionist in a swanky hair salon, accounts payable clerk, and practice manager in an OB/GYN office, for her to rediscover writing. Enter a mouse-less computer, a floppy disk, and a dream large enough to fill a zip drive. The rest of the story lives on in every book she writes.

When she's not working on her craft or following the lives of five young adult children, Mary's digging in the dirt with her flowers and herbs, cooking, reading, walking her rescue lab mix, Cooper, or, on the perfect day, riding off into the sunset with her very own hero/husband on his Ultra Limited aka Harley.

Mary has published with Kensington, Carina Press, and The Wild Rose Press. She has recently released A Family Affair: Spring, the long-awaited sequel to A Family Affair. This is book two in the popular family saga series, Truth in Lies. Mary is currently working on A Family Affair: Summer.