Please join me in welcoming author Tamika Newhouse and Anna Black to Conversations today! Tamika and Anna are here to talk about their new book, The Illest Na Na: Complete Season One. So, check out the cover and blurb below. And don't forget to take a look at the author bios and get to know Tamika and Anna too! 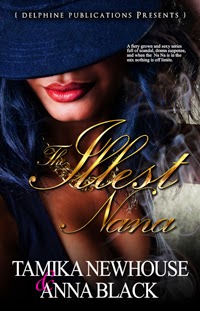 The first ever drama series filled with more drama, scandals, and shocking twists that will have you on the edge of your seat. Leading ladies, Brianna and Natalie are the best of friends. Both deal with similar issues and they both desire a man who isn’t theirs. Fighting to win in and out of the court room these rising lawyers are in it, to win it. The Illest Na Na season one brings in over a dozen characters who somehow get mixed up in a game of tit for tat. No ones heart is safe when the Na Na comes into play. 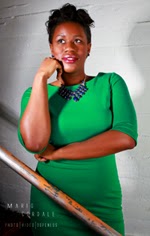 Tamika Newhouse is a self-published bestselling author who founded Delphine Publications, at the age of 21; Tamika appeared on various bestseller lists and won Self Published Author of the Year at the 2009 African American Literary Awards only 9 months after her debut novel. In 2010 she was inducted into Who's who in Black San Antonio and she landed a major publishing deal without an agent and still continues to write independent projects. In 2011 her company Delphine Publications won an African American Literary Award for Best Anthology as well as Tamika won for the second time Self Published Author of the Year. She was also nominated by the National Women in Business Association for the 2011 Entrepreneurial Spirit Award. In 2013 she was honored with the Author of Distinction E. Lynn Harris Award. Her latest award for the 2013 African American Literary Award for self published author of the year.

Along with Delphine Publications, Tamika is the founder and President of African Americans on the Move Book Club (AAMBC) - an online book club and radio show catering to avid readers across the nation. She is also CEO of Obsessive Soul Media. With future projects in the works from short films, stage plays and much more, Tamika is a young woman on a mission. She has been featured in Uptown Magazine, Essence, Hello Beautiful, Juicy Magazine, and in Vibe Vixen Magazine.

Tamika presently tours the country speaking about overcoming her teen pregnancy to fulfill her dream, as well as teaching aspiring writers the publishing ropes. A former radio host, she hosted her own internet radio show (AAMBC) for over three years and continues to expand her brand. She is currently living in Atlanta with her son and daughter and is currently working on her next novel. 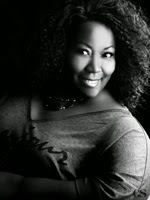 Anna Black is a native of Chicago and the bestselling author of the Now You Wanna Come Back series. Her desire to become a published author didn't develop until her late twenties, and she didn't take her writing seriously until several close friends and family members encouraged her to go for it. After signing with Delphine Publications in November 2009, Anna became a bestselling author for her debut release, Now You Wanna Come Back, within a matter of weeks. Currently an author for Urban Books and will soon release her new title I'm Doin' Me. She has since released several novels, short stories and compilations. Under her own publishing house, Black House Publishing, which was launched in May of 2013 she has signed Shemeka Mitchell and will soon add more authors to her label. As she forges her path to success, her goal is to offer aspiring authors an opportunity to publish their page-turning tales under a new, up and coming label. This award-winning author currently lives in Texas with her daughter Tyra, and her adorable Yorkie, Jasmine.