Please join me in welcoming bestselling author, Debra Salonen to Conversations today! Debra is here to talk about her new Big Sky Mavericks novel, Montana Maverick! To celebrate, she'll pick one commenter to win a $5 Amazon gift card. All you have to do is answer her question found in her very informative and entertaining guest post. Thank you Debra!

A year ago I'd never heard the word: tropes.

At RWA in July, the word was everywhere. There were walking/talking tropes posing for pictures. (Mostly sexy cowboys.)

So, please, just what is a trope?

trope
noun \ˈtrōp\: a word, phrase, or image used in a new and different way in order to create an artistic effect
Uh....huh. It's all clear as mud now. Thanks.

So, let's try the Urban Dictionary:

"Despite the erroneous definitions already published here, TROPE on the interwebs really refers to an often overused plot device. It can also be described as another variation on the same theme. TV shows, movies, comics, games, anime', & books are full of tropes & many rabid fan-sites now name & track said tropes with a self-explanatory title for each one."

Of course. Why didn't I think of that? 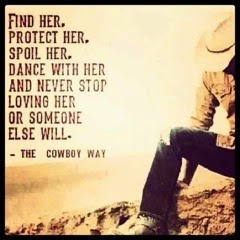 The tropes I was seeing at conference wore cowboy boots, but I've also heard people talking about the sexy, single billionaire trope, ('cause there are so many of them walking around), the lonely, misunderstood beta hero trope, the friends-to-lovers trope, the second-chance-at-love trope...you get the picture.

Perhaps the reason I'm oblivious to tropes is that I can't go into a book planning to create a trope-worthy performance. At one point in Montana Maverick (my new release), I was aware of not wanting this plot to hinge on a second-chance-at-love story angle because this was a "trope" I'd used in the first book of the series. But I knew my hero and heroine were acquainted. They even admired each other from opposite sides of the bargaining table. The media tried to squeeze them into a trope: enemies-to-lovers or opposites-attract, but that wasn't them. They were real people with real lives; they supported causes that were important to them. Their causes were oppositional. This may have kept them from acting on any attraction they felt toward each other back in the day, but it's not enough to keep them apart now--other obstacles play that role.

Is there a trope for that? Maybe...Adults-Behaving-Normally? Why do I think that will never catch on as a trope? But, hopefully, my readers will understand and appreciate that some characters don't need a trope to be memorable.

MONTANA MAVERICK is releasing today. New release price is just 99¢ for a short time. To celebrate, I'll pick one commenter to send a $5 Amazon gift card. Do you have an opinion on tropes? Do they exist, or do they, as one commenter suggested, "...exist only in the eye of the publicist." ;-)

May the tropes be with you,
Deb 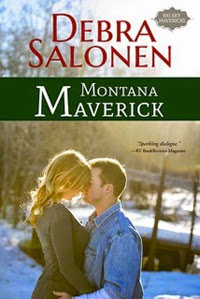 Be careful what you wish for-

Meg Zabrinski, successful scientist, well-known environmental advocate, and tenured professor is as independent as they come in Montana. She doesn’t need a man in her life, but she does want to have a baby. She retreats to her isolated mountain cabin to write and ponder her future when Henry Firestone–an old rival and former secret crush from her distant past–drops out of the sky on Christmas Eve with three young children and a baby. Meg doesn’t believe in cosmic signs, but even she realizes she’d be crazy not to consider all her options.

The sparks that have always smoldered between them ignite a mutual passion, but when Henry Firestone makes it clear he’s done having children, Meg is forced to accept that falling in love with Henry and his ready-made family would require her to abandon her dream.  Can this “Lone Wolf” assimilate into a new pack, or is this Big Sky Maverick meant to be alone?

A six-time nominee for RT's Best Superromance of the Year award, UNTIL HE MET RACHEL (May 2010), took home that honor with Debra's most unlikely hero and never-say-die heroine.

Montana comes alive with bold heroes and modern heroines in Debra's Big Sky Mavericks series from Tule Publishing (check them out on Goodreads):

MONTANA COWGIRL - "Cowgirl, you can go home--and love--again."
MONTANA COWBOY - "He's nobody's cowboy until his new neighbor rocks his world."
MONTANA DARLING - "Her land. His tent. And this is Montana, where property disputes can lead to a range war...or love."
MONTANA MAVERICK - "A lone wolf PhD rescues a rancher--and gains a life."
HER FOREVER GIFT (a FREE holiday novella) - "The system failed him, but she never would."