Please join me in welcoming bestselling author, Debra Salonen to Conversations today! Debra has a fun post to share with us. One of Debra's characters – Judy Banger from Judy Uncensored – will share her takeaway from surviving a number of less-than-stellar Valentine's Days! Debra would also love to hear YOUR Best Worst Valentine's Day memory in the comments section below. OR, if you're lucky enough to have avoided any major V-Day fiascos, tell us your Best Valentine's Day memory and/or gift. One randomly chosen winner will get a $10 Hallmark gift card!

1. Don't believe everything you read on a Hallmark card.

Two months before I filed for divorce, my hubby bought me a dozen red roses, a heart-shaped box of chocolate and a beautiful card that said some smarmy sentiment like: "Honey, I'm so lucky to have you in my life. I love you. Yadda, yadda." Pretty words that lost their meaning when I got the credit card bill the next month and discovered the charge was double what it should have been. Yep. You guessed it. He sent the exact same thing to his girlfriend, too. 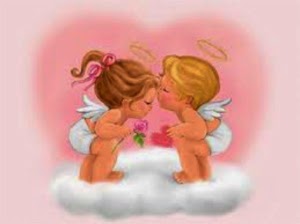 2. Snails, duck liver and fish eggs are even less sexy than they sound when they come back up after swallowing them.

My first Valentine's Day date after my divorce was with a really terrific guy who considered himself a gourmet cook and possessed strong convictions about what constituted a romantic meal. I'm the kind of girl who will try anything once. His pate de foie gras was rather tasty. In hindsight, I may have let my need to impress him with my worldliness get the better of me. I'm pretty sure I ate too much of the rich delicacy because my tummy was already tad...unsettled...when I tried the next course: a tiny shriveled object (day-old chewed gum, perhaps?) swimming in butter and garlic. Or maybe it was the disconcerting visual of fishing said object out of a shell that looked very much like the ones I stomped on in my garden. Either way, I stopped at two and drank an extra flute of champagne hoping the carbonation would work like Alka Seltzer. It didn't. A bead of sweat broke out on my upper lip when he delivered the piece de resistance: Smoked Salmon and Caviar pizza.

Did I mention he had white carpet?

Such a shame. I really liked him, too.

3. Good hair does not a good guy (or Valentine) make.

Remember Barbra's leather gloved hand lovingly touching Robert Redford's gorgeous locks in The Way We Were? Of course, you do. You're a woman. Unrequited love gets us every time...because we all have that one-who-wasn't-meant-to-be.

Mine was Richie Mason. Sixth-grade heartthrob. The guy I wasted my hard-earned babysitting money on buying my first-ever special friend Valentine. I had such a crush on Richie. His sandy brown hair was forever falling in his eyes. I probably lost a thousand hours daydreaming about brushing that dog-tongue of bangs off his charmingly freckled forehead...until that fateful V-day when he opened his cache of cards and discovered one that was not your standard-issue envelop. His brows arched under his shaggy curtain of locks as he ripped open the well-glued V (maybe I included a dozen or so stickers for affect).

As I waited for his reaction, my cheeks burned, palms dripped and heart thumped so loud I was certain it could be hear outside our classroom walls. His gaze bounced over the sentiment too quickly to have read the words and went straight for the signature. Mine. His chin angled a tiny bit to the left so he could sorta see me at my desk two rows over. Our gaze met--for a millisecond. Then he shoved the card to the bottom of his decorated shoebox and opened the next card. Not a smile. No acknowledgement of any kind. Not so much as a bleeping hesitation. I was crushed.

A week later, during a group art project--the last time our class ever did collages, I believe--my scissors slipped. Somehow a hunk of Richie's hair wound up in my collage. I got an F on the project, but I learned something interesting: Richie wasn't all that cute with a butch.

4. A heart-shaped pizza is flour, oil, tomato sauce and toppings--it's not a sign he'll love you forever. 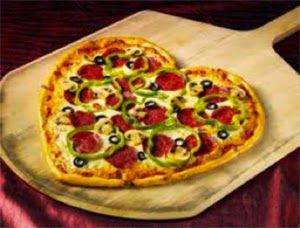 Some relationships are meant to last. Others...not so much. Figuring out the difference between the two is tricky. Don't let pizza get in the way of those tough decisions. I'm pretty sure my ex extracted two additional years of marital servitude from me simply by showing up on February 14th with a heart-shaped pizza, a six-pack of beer and the aforementioned sappy greeting card. Listen to your head, Peeps, not your heartburn.

Hopefully, none of you have V-Day memories as bleak as Judy Banger's. Lucky for Judy, she finally met Mr. Right. If fact, I asked her for an update, and here's what she said:

5. "Age is a matter of opinion, and in my opinion, age doesn't matter.

If you find someone who makes you laugh when the world expects you to cry, then grab hold with both hands and have fun. Every Feb. 14th is a gift as long as you're together: road trip! (And, yes, I guess going to the supermarket counts, but I highly suggest adding a bit more adventure. Death Valley is nice this time year...just sayin'..." 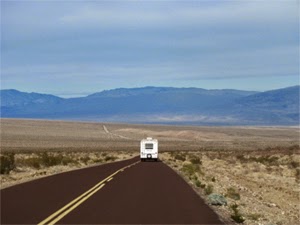 Since I will be on a road trip with my sweet husband of forty years this weekend, I will pick the winner on Monday. I will respond to your comments as Internet allows. Also, as an added bonus, my newest release, MONTANA DARLING is just 99¢ through Sunday, February 15th. Please help spread the news. Your support and reviews are greatly appreciated!!! 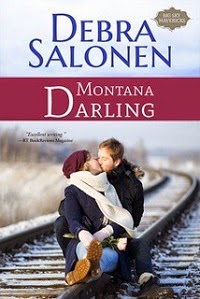 Her marriage. Her job. Her body image. Mia beat cancer and is ready to rebuild her life in her hometown of Marietta, Montana. Literally. Her first order of business is to build a house on the ten-acre parcel she was awarded in her divorce settlement. And she's damned if she'll let some stranger camp on her land and claim squatter's rights. So, maybe, he's not a squatter. The high-end bike and camera hint at more. Plus, he's hot, gorgeous and smart, but that doesn't make him less of a threat--especially when he has the audacity to claim the land is his. Look out, darlin', Nitro is back and prepared to prove what the other Big Sky Mavericks always knew: small packages can pack a big punch.

Ryker Bensen doesn't have much--

And that suits him fine. Less than a year ago, he had everything: a beautiful girlfriend, a baby on the way, a career that earned him fame and a very comfortable living...until he didn't. Grief sent him to ground, and his favorite ground growing up was a ten-acre patch along side the Marietta River where he camped every summer - land held in trust until his thirtieth birthday, a few weeks away. When a beautiful spitfire named Mia Zabrinski shows up and orders him off what she says is her land, Ryker realizes she might be the spark he needed to jumpstart his interest in living again. 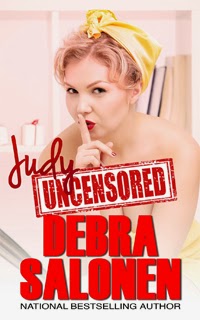 She may be 50-something, trapped in a dead-end job and worried her get-up-'n-go got up and went, but Judy Banger isn't ready to throw in the towel. Too bad her first attempt to re-ignite her sex life winds up with a 911 call. And she knows it's absolutely wrong of her to cry on the shoulder of a sexy carpenter with a Mrs. Robinson fixation, but it's not like she's going to meet the man of her dreams any time soon, right? Especially not in a hotel room where her ill-conceived plans to take control of her life flew out the window the minute a sexy young cop showed up...with a second set of handcuffs.

Judge Wilson "Wiley" Canby embodies the fire and smoldering angst of every romance hero Judy ever imagined all in one perfect package. Too bad Judy's never considered herself romance heroine material. And to make matters worse, their first meeting involves a black lace bustier, fishnet stockings and a whip named Gerald. Judy's doomed...unless, of course, Wiley's ready to explore his naughty side, too.

A six-time nominee for RT's Best Superromance of the Year award, UNTIL HE MET RACHEL (May 2010), took home that honor with Debra's most unlikely hero and never-say-die heroine.

MONTANA COWGIRL - "Cowgirl, you can go home--and love--again."
MONTANA COWBOY - "He's nobody's cowboy until his new neighbor rocks his world." MONTANA DARLING - "Her land. His tent. And this is Montana, where property disputes can lead to a range war...or love."
MONTANA MAVERICK - "A lone wolf PhD rescues a rancher--and gains a life."
HER FOREVER GIFT (a FREE holiday novella) - "The system failed him, but she never would."

"No one writes drama like Debra Salonen." ~Huntress Reviews

"This novel had everything, family drama, love, a little bit of sexy and a lot of heart." ~gertyp

"...one of the most heartfelt novels I've ever read." ~Kaitie Campbell

"Debra Salonen pens a bittersweet love story with a fresh storyline and a love that stays with you long after the book is over." ~Tami Sutton, The Best Reviews