On Conversations: Excerpt of The Bull Rider's Manager by Lynn Calhoon #amreading


On Conversations today...  Please welcome a guest post and excerpt from author Lynn Calhoon for her book The Bull Rider's Manager.  I do love cowboys and am so intrigued by this book.  Sit back with a cup of coffee and enjoy!
Lisa ~

Hi Lisa,
So glad you invited me over to your blog.  Love the quote – there’s more than one way to get where you are going.  I’ve found I can travel from city to city pretty easily using the freeway system.  It’s when I have to find the hotel or meeting area that I need my Google maps.  Or let On Star take me away… but we’re not here to talk about my travel habits, I’m here to talk about my recent release, The Bull Rider’s Manager.

Traveling now comes with the territory for my heroine, Barb Carico.  Managing the careers of four bull riders’ keeps her hopping most of the summer, especially when one of those riders is Jesse Sullivan, one of the Shawnee four, a champion bull rider with the ego to prove it.  Hosting a rodeo weekend for Hunter Martin, a representative of Martin Dairy and a potential sponsor will seem like a cakewalk after the crap week Barb’s had dealing with her mom’s health care issues.  Unfortunately for Barb, the ride has just begun.

BIO: Lynn Cahoon is a contemporary romance author with a love of hot, sexy men, real and imagined. Her alpha heroes range from rogue witch hunters to modern cowboys. And her heroines all have one thing in common, their strong need for independence. Or at least that’s what they think they want.  She blogs at her website, A Fairy Tale Life.
www.lynncahoon.wordpress.com

Blurb of The Bull Rider’s Manager:

Barb Carico’s life is all about business.  Now that her best friend has tied the knot with her high school sweetheart and Barb’s new partner, she’s busier than ever. Managing Jesse Sullivan’s career and public persona can be a handful. Add in an aging mother who goes through home health nurses like candy, Barb’s hanging on the edge.

Her one salvation?  Hunter Martin, prodigal son of Martin Family Dairy and, hopefully, Jesse’s next sponsor. A promise his father had already made before Hunter took over the public relations department.  After his brother’s death, Hunter's become an instant dad to his seven year old niece.  More responsibility. For Hunter, the rodeo weekend with Barb is the perfect excuse to relax.

When their dinner turns into drinks and then a quick trip to a Vegas wedding chapel, both Barb and Hunter agree their nuptials were a mistake.  A mistake they consummated the next evening.  As soon as
they’re home, the marriage will be annulled. That’s what they both want.  Or at least what they tell themselves.

Upon their return, Hunter finds that distant relatives are suing him for custody of his niece.  The only way for him to keep custody is to design a life that matches the promise of a perfect family.  For that, he needs Barb to stay married to him.  Hunter would give her anything to go along with the charade.

Barb doesn't know anything about being a wife or mother but she needs one favor.  A favor she'll trade her lifestyle, independence, and even risk her heart to make come true. 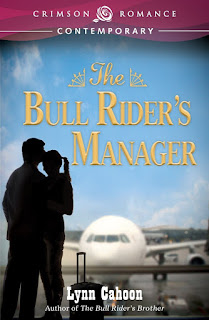 If flying was hell, waiting to fly was purgatory. Their plane should have taken off an hour ago. And even though they were on hold, Jesse Sullivan still hadn’t graced the airport with his presence. Barb dialed Jesse’s cell again and immediately got his answering message. “Damn, Jesse—where are you?”

“No luck?” Hunter Martin, prodigal son of Martin Dairy Empires—and potential sponsor for her perpetually late client—opened his blue eyes and looked at her.
Barb had thought the man had been asleep when she’d pulled out the cell one more time. She pasted on a smile she didn’t feel. “Just his voice mail. Maybe he’s stuck in traffic?”

Hunter raised his eyebrows. “In Boise?”

“It happens,” Barb shot back. “He’s been staying at his brother’s spread up near Lucky Peak so maybe a logging truck accident slowed him down.”

“It could happen. Those trucks fly on those narrow roads.” Barb sighed. “I think you’re stuck with me for the flight. I don’t think Jesse will make it.”

“I’m not going to complain.” Hunter’s smile was slow and sexy. He closed his eyes again. “Shake me if they announce our flight. I didn’t get much sleep last night.”

Barb smiled. I bet you didn’t. Hunter Martin was known in Boise social circles as a player. Or at least he had been. All Barb really knew about the thirty-two-year old bachelor was that he liked the Country Star bar—well known for its line dancing classes and generous beer prices—better than the upscale places downtown. She’d seen him at Country Star a few years ago and man, the boy could swing. In all her years around the rodeo, Barb had never been able to relax enough to let her partner lead her around the dance floor. But she felt the music, even if her dancing would put her on a reality show for the Worst Dancers in America.

Rumor had it that Mr. Martin must be involved because he’d been absent from his usual bar stool for months. Barb snuck a glance at his left hand. No ring yet. Although that didn’t mean anything. He still could be engaged.

Barb wished she’d just taken a direct flight to San Francisco. But since she’d had to come up to get another caretaker hired and settled with Mom, she’d jumped at the chance to host a potential new sponsor for the weekend. Martin Dairy had big promotion pockets. Or at least that’s what was rumored. And the company loved to sponsor bull riders. Jesse better not screw this up.

Going into partnership with James, Jesse’s brother, and becoming Jesse’s manager when James had wanted to get off the road to run Hudson’s Spa with Lizzie, his new wife, had seemed like a no brainer. James, Lizzie, and Jesse had been friends since high school in Shawnee. And Barb had managed cowboys for years. She’d taken newcomers from small town rodeos and gotten them into the finals in Las Vegas in no time. But Jesse already had a champion belt buckle. And acted like it. The man was infuriating, at best.

Hunter’s pocket started to vibrate and Barb jumped back, hoping the man hadn’t caught her staring.

Hunter pulled out his Blackberry. Bringing the phone in front of his face before opening his eyes, he squinted at the display. Frowning, he stood. “Sorry, I’ve got to take this.”

Barb watched the man walk away. Cowboy casual in Wranglers and a cotton button down
shirt, Hunter could have been her wayward bull rider. His dark hair had just the right curl, making Barb’s finger’s itch to play with it. The man would give any of the rodeo guys a run for their money in the body department, even though Barb knew Hunter spent his days in a high rise in Boise, managing the large dairy operation. Martin Dairy didn’t just own one dairy farm in the valley. Rumor had it that old man Martin wanted to wipe out the competition and be the only milk producer around. They’d bought out the cheese factory in the next town a few years ago, and now Martin Dairy brand cheese sat on supermarket shelves nationwide.

Barb sighed. She could imagine the fun Hunter would be if he weren’t a potential sponsor. And if she weren’t Jesse’s manager. She’d just have to put the drool worthy man out of that part of her mind. Just for the weekend. She shook her head. She needed a life outside the rodeo. A man she could come home to and he’d massage her shoulders.  Someone she could tell her dumb stories to who’d laugh and understand. Someone who didn’t mind that she traveled every weekend from late April to December. At twenty-six, she felt like the old maid of the group, especially since Lizzie and James tied the knot.