Please join me in welcoming bestselling, award-winning author Sharla Lovelace to Conversations today! Sharla is here to talk about her latest Texas Style romance, Don't Let Go. So be sure and check out the blurb, cover and excerpt below! And Sharla also has a special treat for us, a scrumptious Mud Cake recipe!

Thank you to Lisa for letting me introduce my latest book, DON’T LET GO! Below is the blurb and a little excerpt to tease you with. I fell so hard for these characters, Noah and Jules, and I hope you will too. It’s about second chances. Not just with love, but with life, parenthood, everything…  Do you believe in second chances? 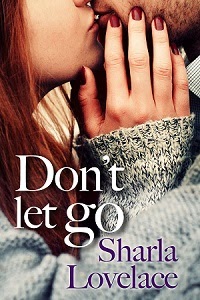 Noah Ryan and Jules Doucette spent every moment together, first as best friends and later as young lovers. The two had planned a life together—until one unspeakable decision tore them apart for good.

Then Noah comes home and any sense of an ordered life flies out the window. Noah’s return does more than just stir up old memories—it forces Jules to see her life in a whole new way and uncovers secrets even she didn’t know were buried.  Secrets that could easily destroy her world once more.

To set the scene…Have you ever run into your first love unexpectedly? Did you forget how to breathe for a second?  :-)  Here, Noah has returned to their hometown after twenty years, and he and Jules just saw each other for a second the day before. As she sits panicking over this over coffee early the next morning, he drops by…

Morning?  Really?  I opened my mouth to say something back, but nothing came out, so I licked my lips and fidgeted with my robe like a crazy woman.
“Too early?” he asked, as if that were a normal thing to say to me as well.
A laugh-scoff-snort thing fell out of my mouth, which I chalked up to rounding out the perfect start to the day.  I coughed and cleared my throat.
“No, I’m—just getting ready for work.”  I stepped back so he could come in, and held onto the door for dear life as I glared at Harley for just sitting there on the couch like a diva.  Some guard dog.  She should have had his leg chewed off by now.  “Come in. There’s still coffee if you want some.”  Oh, what the living hell was I babbling about?
Noah stepped in hesitantly, as if maybe he hadn’t thought things out that far.  Maybe he expected me to slam the door or not be home or God only knows what.  He gave me a sideways glance as he passed me, and I caught a subtle whiff of soap and shaving cream.  I stared at the door as I closed it, as if it had betrayed me too, and then I turned on my heel and put myself in motion.
I walked straight past him to the open kitchen, trying not to really look at him.  I knew he’d follow.  He knew the way around my mother’s house.  My house.
Harley’s curiosity finally got the better of her and she followed on his heels, making him turn around to check out the beast stalking him.
“Hey there, killer,” he said, holding out a hand for her to smell him, and then scratching her ears.  “Are you nice?”
“That’s Harley,” I said.  “I’m afraid growing up with two women has made her a big wuss.”  I took a deep breath.  “Coffee?” I asked again, opening a cabinet.
When he didn’t answer, I turned around, and felt my heart slam against my chest.  He was standing on the other side of the big island from me, where I’d seen him so many times before.  Except he was a man now.  With something in his eyes that resembled lost.
“What?” I asked, though not much of the word came out.
Noah shook his head, and his expression cleared a little.  “Just weird being back here, I guess.  In this kitchen.”  He gestured with a small hand flick.
“Seeing you here.”
“I know the feeling,” I said softly, turning back to grab a mug whether he wanted one or not.
“Linny told me you were living here again,” he said.  “Sorry to hear about your mom.”
My hands shook as I poured the hot black liquid and turned to set his mug on the counter.
“Thanks,” I managed to push out.  “Sugar and creamer are right there,” I said with a gesture.
“Black’s fine,” he said.
I nodded and headed into the living room for my cup.  Shit, Jules, breathe.  I planned to come back, but he followed me.  Shit.  The kitchen felt more stable.  We could stand up in there.  Have the island between us.  The living room was cozy and please-sit-and-stay-a-while.  Granted, I did have to go to work—in an hour and a half.  Shit.
I licked my lips again, and sat back down where I was earlier.  Feet curled beneath me.  Two pillows on my lap for security.  I felt every centimeter of my nakedness under the robe, and wished for more clothing, but it was big enough for him not to know that.  I just thanked God for giving me the wisdom to get ready early and not be sitting here with wet hair or raccoon eyes.  And then I mentally kicked myself for caring.  He didn’t.  I wondered if his woman knew he was paying me a visit.  Or if she even knew who I was.

Sound good?  DON’T LET GO can be found at the following e-tailers.
Amazon | Barnes and Noble | Kobo | Smashwords | ARe | iBooks


And just for fun, here’s a little bonus.  Jules’ grandmother Nana Mae makes her the best Mississippi Mud Cake, and here’s the recipe.  :-) 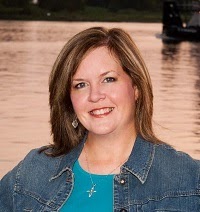 Sharla Lovelace is the bestselling, award-winning author of sexy small-town love stories. Being a Texas girl through and through, she’s proud to say she lives in Southeast Texas with her retired husband, a souped-up golf cart, and a crazy mutt. She is the author of The Reason Is You, Before and Ever Since, Just One Day, and the forthcoming Stay with Me, coming in summer 2014.  For more about Sharla’s books, visit www.sharlalovelace.com.  Sharla can also be found chatting with her readers every day on Facebook and Twitter at @sharlalovelace.