Please join me in welcoming the award-winning romance author, Nina Pierce to Conversations today! Nina is here to talk about her novel, A Touch of Lilly, one of eleven books in What to Read After FSOG: The Gemstone Collection. So be sure and check out her guest post below and don't forget to check out the blurb and excerpt from A Touch of Lilly!

Hooked on the Details
by Nina Pierce

I’m a very visual person, which is really rather funny since my vision is not correctable to 20/20. Yet, very much like a man, it’s seeing something that stimulates emotion for me. So much more than a sound or a smell, the sight of a beautiful sunset, a vibrant painting, a handsome face, a lickable torso, a nekk…(oh, sorry, I got carried away for a moment), or a romantic photo, all of them create a visceral response.

So it’s no wonder when I write that I “see” the story unfolding in my mind like a movie. I can visualize the setting and the characters moving and reacting within that setting. What’s so fun for me is playing around with the details as I write. It never ceases to amaze me how one word changes everything or creates a detail within the readers’ mind.

Let’s take a look at the opening of my novel, A TOUCH OF LILLY…

Lilly D’Angelo entered the bar not expecting it to remind her of home. This sentence is perfectly adequate. It tells you exactly what the heroine is doing. What it doesn’t do is pull you, the reader into my world. It doesn’t engage any of your senses. But including a few more details adds dimension to the setting and hopefully piques your interest enough to read on.

Lilly D’Angelo wasn’t expecting a trip down memory lane when she sauntered into the dingy tavern, but the acrid stench and gruff hum of the Friday night crowd carried her back to one of the seedier establishments on Chicago’s south side nonetheless. Ah, now we’re getting somewhere. She sauntering, acting casual. You “hear” the muted voices and “smell” that distinct odor of a tavern. You’ve also found out Lilly’s from Chicago, but how about a little more information to really orient you and pull you in and feel what Lilly’s feeling…

Like home, the air was filled with cigarette smoke and a jazz band played on the corner stage. She felt the eyes of the patrons watching her as she maneuvered around the tables toward the long bar on the other side of the tavern. Again, more information about the bar, but it’s all pretty ho-hum. We have no idea why Lilly’s there or how she feels about being in this place.

Pushing the sour thoughts of home from her mind and focusing on the job at hand, Lilly morphed her features into her sexiest vixen pout and moved gracefully toward the long bar on the other side of the room. Her voluptuous breasts, spilling temptingly from her silk blouse, led the way. Oh, now there’s some information that hopefully has you asking “What’s this woman up to?”. Because home conjures up sour thoughts, obviously Lilly wasn’t happy there. And the way she’s moving and her outfit suggest she’s trying to get people’s attention.

And two more sentences with some real punch and hopefully I’ll have you completely hooked. The eyes watching her leather-clad ass sashay around the battered tables were clustered on various life forms—none of them human. Yeah, definitely not Chicago. Hell, this wasn’t even Earth for goodness’ sake. And BAM! within two paragraphs I’ve let you know Lilly not only didn’t even like Chicago, she’s somewhere on another planet. And the way she’s dressed and how she’s acting—she’s likely up to no good.
And there’s the magic, dropping in little details that have you asking questions and hopefully turning pages to discover what’s making a character act the way they do.

So, what pulls you into a story that you’re reading? What sense triggers the greatest emotional response for you? 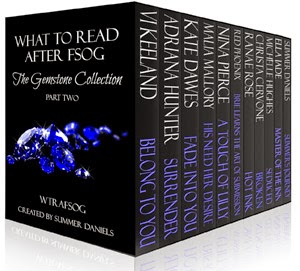 A TOUCH OF LILY
What to Read After FSOG:
The Gemstone Collection

Ex-Chicago detective LILLY D’ANGELO has a secret she doesn’t share with anyone. A master of the one night stand, she’s given up ever finding a soul mate and thrown herself head first into her career. That is, until she captures the wrong alien. Kidnapped and sold into the sex slave trade, she’s shipped into deep space. Barely escaping with her life, Lilly now travels the galaxy working as a bounty hunter using her secret talents to bring down criminals and seeking revenge on the one male who ruined her life.

Agent DALLAS SAWYER works for deep space’s version of the FBI. After a disastrous mission that left several of his team members murdered, a president executed, and Dallas near death, he’s determined to take down the assassin targeting government officials. When a sexy human female gets between him and his goal, Dallas and his alien partner find themselves on the receiving end of a passionate night they won’t soon forget and a proposition that may very well blow up in their faces.

Because in deep space … true love can happen with just a touch.


Excerpt from A TOUCH OF LILLY by Nina Peirce


Dallas turned the last corner to see the alley he’d left not twenty minutes ago was now empty. It worried him a little that the Ka’al wasn’t here and wondered if he’d missed something crucial in his lust-filled fog. No one knew better than him that spies were everywhere. He passed the doorway where he’d been buried in Lilly’s heat and cursed when her honeyed aroma tickled his nose. Probably nothing more than his horny imagination, but it ate at him just the same.
He’d known what Lilly was when he’d spotted her in the tavern—a two-bit space hooker with a full rack and luscious ass. Though he shouldn’t expect her to see him as anything more than the client he’d become, Dallas had thought he’d seen something in her eyes when they’d been at the bar. He’d initially wanted nothing more than to get her out of the alien’s arms, but that sultry voice and kissable mouth had been his undoing. Like a siren, she’d wrapped him in a spell and seduced him. Not that his dick needed much encouragement on that front. Dallas couldn’t remember the last time he’d seen an Earth female, let alone held one in his arms. There weren’t too many of them out this far in deep space. He’d lost himself in her body, forgetting what she was. Still, it had been a major hit to his ego to pay her the twenty-five hundred credits he’d negotiated her down to and put her in the luna cab.
Dallas should be grateful. That slap of reality set him back on track and refocused him on the mission at hand. He couldn’t afford to screw this one up. Not when so much was at stake. Skirting around the Dumpster, he shot another quick glance over his shoulder before laying his palm on the key pad disguised as one of the stones on the side of the building. Experiencing the cold wash of energy flowing over him as the solid stones became gas and surrounded him never became easier to experience. He was still a little disoriented when he materialized into the bright room of the temporary QAL headquarters.
“Sawyer, where the hell you been?”
Darren Bastower stared at him through a hologram of the tavern illuminated over a control table. Abandoning the plans, his boss strode angrily toward Dallas, his bare feet slapping the concrete floor. This night the hulking Braugtot was in the form of a Ka’al. The QAL lieutenant in charge only took that form when he was really pissed. Lucky him.
“We’ve been looking for you. We’ve got less than one Earth hour to have everyone in place. It might only be logistics to you, but we’re treating this as the real thing.” Anger throbbed in the veins at his temples and neck, turning his mahogany cheeks a bruised shade of purple. His telltale facial tattoo that marked him as a male Braugtot pulsed angrily around his left eye.
“Yes Sir. I’m aware. It’s not like I’m late. I—”
“Thaegan’s been here nearly thirty minutes. He told me you were at the tavern together and would be right behind him.”
He shot a look over the lieutenant’s shoulder. The large Ka’al, who’d been monitoring the alley as a drunkard, acknowledged his impudent behavior with a one-fingered salute and a shit-eating grin. That bastard of a partner was supposed to cover his ass, not deliver it in a sling to his boss. 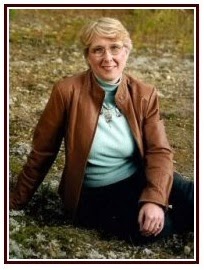 USA Today bestselling romance author, Nina Pierce, grew up in a house full of readers. Nina's discovered the passionate side of romance with her sexy stories. For her, it's all about the sweet scent of seduction mixed with the heartwarming aroma of romance.

Nina resides in New England with her high school sweetheart and soul mate of thirty years and several very spoiled cats who consider her "staff". When she’s not writing she enjoys spending time with her three grown children, one love-sick son-in-law and a heart-melting grandson.