Please join me in welcoming historical western romance author Cynthia Woolf to Conversations today! Cynthia is here to talk about her new release, Healed by the Heart, book 2 in her Destiny in Deadwood series. So be sure and check out the blurb, cover, and excerpt below! 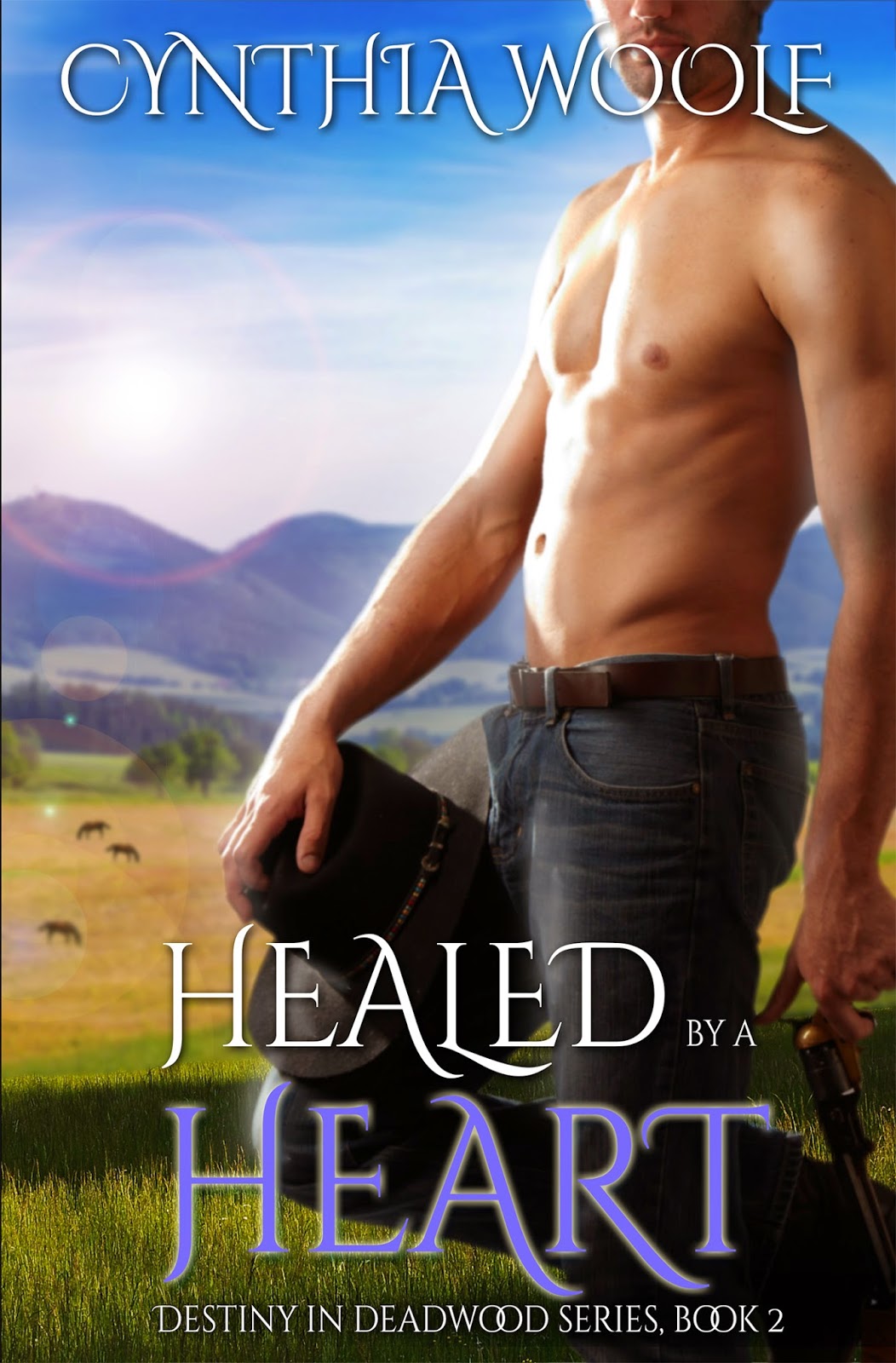 HEALED BY A HEART

All Liam Anderson wanted after the War Between the States, was a little peace.  After seventeen years in the army, he’s tired of fighting and killing. Having lost his beloved wife to influenza, he’s tired of hurting.  And seeing his baby brother framed for murder, he’s tired of injustice.  He left everything behind to help his brothers escape, packed up his children and possessions, and took them all to a gold claim in Deadwood.

Miss Eleanor Smith is a thirty-two year-old spinster. She gave up her dream of a home and family a long time ago. Instead, she has spent her life traveling the world, ministering to the weak, the injured, the poor, and the forgotten, following her preacher father from one hell hole to another.  From what she’s seen of men and the world, she’s better off taking care of herself.  And she gets along just fine, until she literally falls into Liam’s arms, gets in the middle of a fight that isn’t hers, and becomes a pawn for an enemy’s revenge.

Deadwood was supposed to be a fresh start for Liam Anderson and his younger brothers, but trouble followed him and his children. And when Eleanor disappears, only Liam can rescue her. The headstrong, independent woman awoke his dead passion, but refused to surrender to his touch.  Can he convince her that merely surviving isn’t enough? Despite his sins, he's the only man who can save her, and she's the only woman strong enough to heal his broken heart.


Excerpt from HEALED BY A HEART

Liam Anderson sat in front of a blazing fire, in his pajamas and robe, puffing on his pipe, reading, for the last time in this house. The place he’d called home for so many years. The kids were asleep upstairs. Sleep had eluded him and he’d risen to read until he got tired.
BAM!  BAM!  BAM!
He looked up from the book he read and glanced at the mantel clock. One of the few things he hadn’t packed away. “What in the world?
Who would be out in this weather at this hour?”
What the hell?” said Liam, when he opened the door to his two younger brothers. “Jake? Zach? What are you two doing here? It’s the middle of the night.”
Zach growled from behind Jake. “Are you going to let us in or make us stand in this rain all night?”
“Come in. Zach put that gun away,” said Liam.
“Can’t until the kid here,” he poked Jake in the back with his gun, “is inside and we’ve talked to you.”
Jake, the youngest of his brothers, walked into the foyer of the house, followed closely by Zach. He stared down the hallway, packed with luggage and boxes down to the parlor, but didn’t question it. Didn’t even seem to notice that the house was packed up ready to move.
Both of them were haggard, completely worn out. Their coats were soaked through and they couldn’t have been comfortable. He’d never seen them looking so exhausted or…desperate.
“Sorry to do this to you, Liam. I know you’re leaving tomorrow,” said Zach as he holstered his gun and dripped water onto the foyer floor.
He threw his had onto one of the steamer trunks. Jake followed suit.
It was times like these that the difference between his brothers was so striking. Zach with his nearly black hair and dark blue eyes.
There was one in every generation with the coloring of their Gypsy great grandmother, Zach was theirs and their father had been the one in his generation. It was rare to have two gypsies in the same family, usual it was an uncle or aunt rather than a parent of the latest child with the coloring.
Jake with dark blond, overly long hair and light blue eyes most resembled their dear mother.
Liam was somewhere between the two, with light brown hair and gray eyes. His children were different as night and day, too. Ten year old David resembled Liam not only physically but mentally too. David always seemed to weigh his words before he spoke them.
Whereas Hannah, the gypsy of her generation, said whatever came into her little head. She was only five, but even at her age, David had been as contemplative as he was now.
He smiled thinking of his children. They were his joy. His reason for living. He closed his eyes and grounded himself in the present and answered Jake.
“Yes. At first light. Now, tell me what’s going on and why you brought Jake here at gun point.”
“Only way I could get him to come,” growled Zach.
“And?” Liam said, exasperated. “Don’t make me beat the story out of you word by word, little brother. Just tell me the problem.”
Liam pointed at the two chairs in front of the fire and then went to the fireplace and stoked the banked coals back to a roaring blaze. He really didn’t need this now, not when he was leaving in the morning. Not when he was so close to putting the old, hurtful memories behind him. 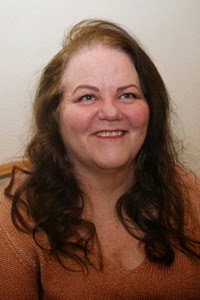 Cynthia Woolf is the author of six historical western romance books and one short story with more books on the way. She was born in Denver, Colorado and raised in the mountains west of Golden. She spent her early years running wild around the mountain side with her friends.

Their closest neighbor was one quarter of a mile away, so her little brother was her playmate and her best friend. That fierce friendship lasted until his death in 2006.

Cynthia was and is an avid reader. Her mother was a librarian and brought new books home each week. This is where young Cynthia first got the storytelling bug. She wrote her first story at the age of ten. A romance about a little boy she liked at the time.

Cynthia loves writing and reading romance. Her first western romance Tame A Wild Heart, was inspired by the story her mother told her of meeting Cynthia’s father on a ranch in Creede, Colorado. Although Tame A Wild Heart takes place in Creede that is the only similarity between the stories. Her father was a cowboy not a bounty hunter and her mother was a nursemaid (called a nanny now) not the ranch owner.

Cynthia credits her wonderfully supportive husband Jim and the great friends she's made at CRW for saving her sanity and allowing her to explore her creativity.