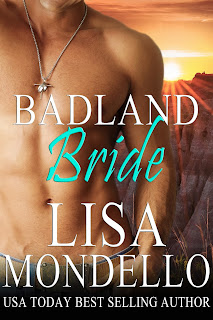 BADLAND BRIDE by Lisa Mondello
Raised an Army brat, Regis Simpson was used to calling new towns home, learning to quickly make friends but never letting anyone get too close.  When devastating floods tear through the Badlands of South Dakota, she thinks Rudolph is just another town that needs to be rebuilt.  Nothing more.  The sooner she gets her work done, the sooner the people of Rudolph can heal and she can move on to the next town in need.  She never counted on the sexy town doctor, Keith “Hawk” McKinnon or his determination to break down walls she’d spent a lifetime building, making it impossible for her to leave.
Nothing pained Hawk McKinnon more than seeing people he’d known his whole life hurting.  He traded a high-paying salary at a city hospital to come back to Rudolph and make a difference where he’d dug his roots.  When the beautiful Regis Simpson comes to town offering help, he’s immediately drawn to her even though she’s spent a lifetime packing armor around her heart.  But once her work is done, she’ll be leaving again.  He’s determined to do everything possible to make her stay.
Order BADLAND BRIDE 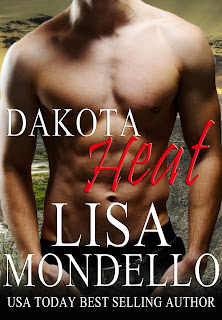