Please join me in giving a very warm welcome to women's fiction author Leslie Lynch! She's here to talk about Book 1 of The Appalachian Foothills series, Hijacked. So, be sure and check out the cover, blurb and excerpt below! 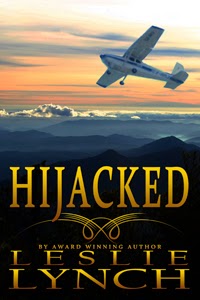 Pilot Lannis Parker’s carefully constructed, sterile life is upended when her small plane is hijacked before dawn on a wintry Louisville morning. Her captor does more than force her to fly him to the Appalachian wilderness, though. He resurrects memories she’s tried to bury, memories of a brutal attack she’d survived four years earlier, an attack she didn’t report and tries to pretend didn’t happen.

Wounded, and losing strength by the minute, Ben Martin knows he has no choice but to commandeer a plane before he’s set upon by a ruthless band of drug dealers intent on wiping him out, along with the information he’s acquired. He’s horrified to discover the pilot is a woman—but once his plan is launched, there’s no turning back.

During a week in the wilderness, Lannis learns her hijacker is fair and honorable, compassionate and insightful—strange attributes for a criminal. And when he discovers her secret, he vows to be the friend she desperately needs but refuses to accept.

Will she come to terms with her past?  And will he be part of her future?


HAIL MARY, full of grace…
Cold air bit at Ben Martin’s face as he crouched in the recesses of a poorly lit airplane hangar. He’d gone from hunter to prey a handful of minutes ago, and his mind reeled at the reversal of his fortune. The image of a rabbit quivering beneath a bush flickered through his brain. His imagination filled in the shadowy edges of the picture with Arctic wolves waiting for the doomed bugger to make a fatal dash.
Pray for us sinners…
He shivered, and couldn’t say whether the shudder came from the cold or his thoughts. The hunters, so close on his heels that his back tingled, needed nothing but a blaze of harsh light to expose his hiding place.
…now, and at the hour of—
No. This would not be the hour of his death.
Ben tried to quell the rapid beat of his heart and quiet the rasp of his breath. He’d ricocheted through two miracles already tonight, two more than he deserved. Unless the Almighty slipped him one more, he wouldn’t live to see dawn, less than an hour away. Panic rose, and he squelched it. Not helping.
His gaze shifted to a pilot on the far side of the warehouse-like space, readying a Cessna for flight. Ben didn’t want to involve a civilian, but he was flat out of options. Other than hoping for a giant hand to reach down and pluck him out of Louisville, Kentucky—which was not likely—this was it. The pilot, poor bastard, was Ben’s ticket out of danger.
The wind blew a burst of frigid air into the cavernous room. Ben shivered again, this time from the cold. He lifted his hand to rub his left arm, which throbbed in concert with his pulse, and flattened his lips. Denial had its uses, like glossing over the fact that he’d been shot. Seemed pretty reasonable to him, since he recoiled from the idea with enough horror to make him puke. Didn’t matter that the wound was minor, he still got queasy when he thought about it. He’d staunched the bleeding and applied a rudimentary dressing, but the doggone thing had shifted. He tugged it back into place, wincing at the sting of movement.
His heartbeat, a bit slower but now very loud, drummed in his ears, and he shook his head to clear the rhythmic pounding. It obscured sounds he needed to hear, such as another employee showing up. Or the cops. Adrenaline pumped madly, surging into his veins. He shifted his weight, his fingers twitching in readiness.
It was too soon for the adrenaline, but he had no control over it. Ben muttered, “Hurry up,” and willed the pilot to move faster. He had no more than fifteen minutes before the drug dog found him, unless his decoy attempt had succeeded. He made a soft, derisive sound. Not much else had gone well over the past couple of hours. No reason to expect he’d fooled the dog.
The memory of Roger Grantree’s voice, dispassionate and traitorous, wormed its way into his mind and broke his concentration. Bastard set me up. Blew my cover. Rage and an equal measure of stunned disbelief roiled in Ben’s gut. He shoved the emotion away even as his stomach clenched at the gall of his partner’s betrayal. Granted, they’d only partnered for this operation, but Ben had trusted the guy. Trusted him.
Grantree was dirty, had misled Ben and thwarted every step of his investigation. But Ben had figured out the guy’s scam, and had gotten close to the truth. Too close. Close enough to hear Roger order his murder over the tinny cell phone speaker. Ben didn’t know how far Roger’s influence extended, but tonight he’d seen local law enforcement, his own federal agency, and Louisville drug dealers. And they were all looking for him. He swallowed in an attempt to rid his mouth of the coppery tang of fear.
Hangar doors creaked on their rollers as the pilot put every ounce of his weight into the chore of wrestling them open, and Ben forced his attention back to the man. Wiry and slightly built, he was dressed for the weather with a toboggan hat, wool coat, and gloves. The ease and efficiency of his movements gave the impression of youth, but it was hard to tell… 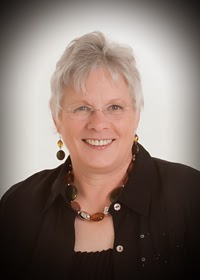 Leslie lives near Louisville, Kentucky, with her husband and her adult children’s cats.  While not engaged in wrestling the beautiful and prolific greenery of their yard into submission, she flies as a volunteer for the Civil Air Patrol, loves the exuberant creativity and color of quilting and pottery…and, of course, writes.