Read Chapter One of HER DAKOTA MAN by Lisa Mondello 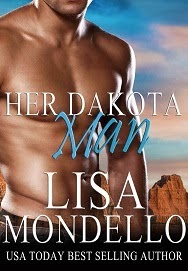